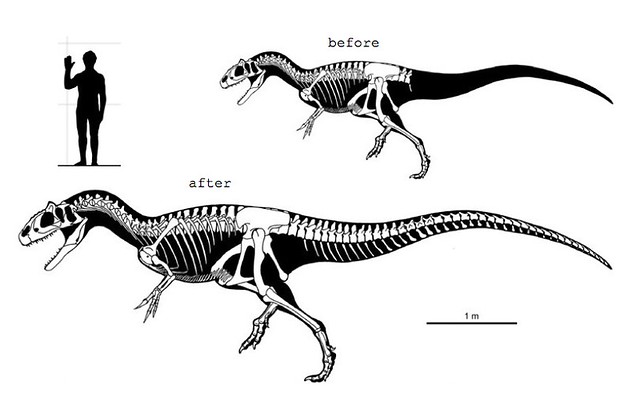 Cope’s rule states that, as geologic time progresses, body size increases. Edward Drinker Cope, a dinosaur fossil hunter who postulated the rule at the end of the 19th century, based his theory on the analysis of over 1500 fossil families. The more recent species in his collection were on average almost 10% larger than the older species of the same genera. If we are to shrink we must analyze and overcome such macro-evolutionary trends. We still lack an understanding of just how the complex interactions between intrinsic structure and function, environment, historical and phylogenetic evolution interact to result in particular body sizes.

From an evolutionary perspective large size does have certain short-term advantages. Larger organisms find it easier to avoid or fight off predators and capture prey, to reproduce and to kill competitors. They could also benefit from better thermal efficiency, increased intelligence, and a longer lifespan. However, for man most of these advantages can easily be countered or compensated by the advantages of being small. Tall humans don’t actually have a longer lifespan, certain adaptations of the brain might make The Incredible Shrinking Man even more intelligent, and the global food crisis will have less serious consequences for people with lower caloric needs. The fossil record also shows that larger species have a much greater chance of extinction. Most present day paleontologists don’t consider Cope’s rule to be a rule but rather a generally prevailing condition. Evolution presented us with 1000 pound rodents as well as tiny elephants. The Laron People, Homo Floresiensis, the Methuselah centenarians and pygmies all show us that small and healthy human beings are within reach.

One thought on “Cope’s (non)Rule”