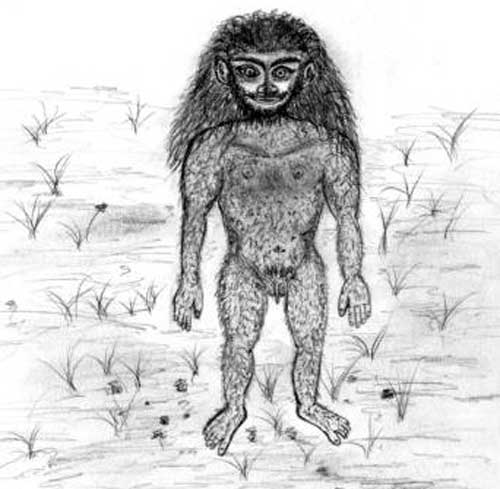 The Jakarta Post reports that rangers patrolling the Way Kambas National Park in Sumatra Indonesia claim to have sighted dozens of unknown pygmies in a number of areas across the park on at least two different occasions. According to them, the pygmies had waist long dreadlocks, wore no clothes and measured no more than 50 centimeters tall. According to a spokesman for the national park; “The rangers monitored their presence for around 15 minutes from a distance of around 35 meters. When the rangers were about to approach them, they immediately hid behind trees and vanished. They ran very fast,”  To record their presence, the national park has since installed surveillance cameras.

Indonesia is home to a number of interesting proven and unproven stories about small people. Homo floresiensis from the island of Flores, the orang pendek, a cryptid from Kerinci Seblat in West Sumatra, and the 70cm tall people of the Oni tribe from Bone in Sulawesi. Apart from the proven existence of Homo floresiensis it’s highly probable that such reports are beside the truth, or that their height or even species has been misrecorded. But even so, the recurring excitement over supposedly finding very small people or people-like creatures does points towards a collective desire. We see them because we want to see them.