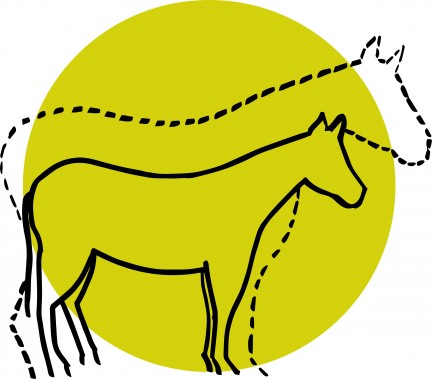 Global warming has the potential to shrink the human species. As we’ve discussed before mammals, and many species of birds and fish, shrink when the climate heats up. During the last two hyperthermals, the Paleocene-Eocene Thermal Maximum (55 million years ago) and the Eocene Thermal Maximum 2 (53 million years ago), temperatures rose as much as 8 degrees celsius. A 2013 study of ancient horses found that it caused mammal body size to decrease up to 30%. The paper suggests a similar outcome is possible in response to human-caused climate change. Perhaps humanity is already in the process of creating a global shrink climate.

Gingerich, professor emeritus of earth sciences, evolutionary biology and anthropology at the University of Michigan said that “decreased body size seems to be a common evolutionary response” in mammals to extreme global warming events, known as hyperthermals, “and thus may be a predictable natural response for some lineages to future global warming.”. “Developing a better understanding of the relationship between mammalian body size change and greenhouse gas-induced global warming during the geological past may help us predict ecological changes that may occur in response to current changes in Earth’s climate”. After both hyperthermal events, body sizes of all mammals rebounded. Results have been confirmed in a 2017 study by the University of New Hampshire.

(In 2006, Gingerich proposed that mammalian dwarfing could be a response to the lower nutritional value of plants grown under elevated carbon dioxide levels. Under such conditions, plants grow quickly but are less nutritious than they would normally be. Animals eating such plants might adapt by becoming smaller over time.)