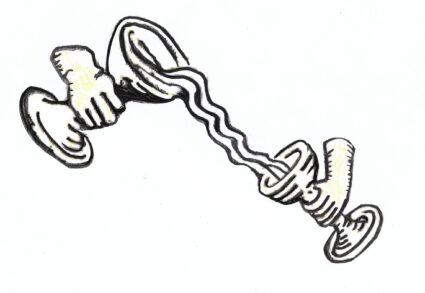 Temperance is defined as moderation or voluntary self-restraint and characterized as the control over excess. It is what an individual voluntarily refrains from doing. This includes restraint from retaliation in the form of non-violence and forgiveness, restraint from arrogance in the form of humility and modesty, and restraint from excesses such as conspicuous consumption in the form of prudence. Temperance was one of the cardinal virtues in Greek philosophy and christianity, as well as buddhism and hinduism. Some argue that the limitation of human height should not be included within the categories of self-restraint since it is outside our individual control. This is debatable. First, virtues are mostly the result of our upbringing. Small stature as a vessel of physical modesty could be included in a shared value system. Secondly, although height is a heritable trait, environmental conditions such as food and climate influence it greatly: up to 20% of our size is the result of non-genetic factors. Thirdly, even if adult people cannot become smaller themselves they can still make choices that allow their children to embrace a lifestyle that keeps them smaller. One might also argue that because this is really about a turnaround for the entire species that it is not so much about the individual as it is about humanity at large. If so, finding political support towards a small-stature-promoting organisation of society needs to be taken into consideration.

Temperance is often depicted as a woman transferring water from one vessel to another. In this case from a tall vessel to a smaller one.