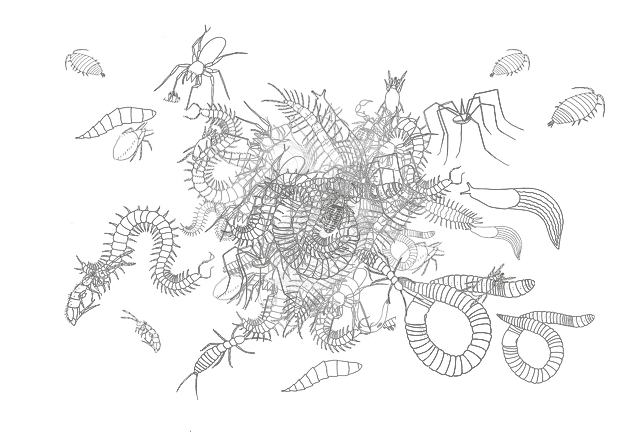 It’s been well established that rising temperatures and CO2 levels in the environment tends to decrease animal size. But what about the keystone species and ecosystem engineers that make soil? Although there’s not been much contemporary research into this the fossil record allows us to presume upon the future of soil fauna. The Paleocene-Eocene Thermal Maximum (PETM) is the best analog for contemporary global warming since they share similar magnitudes and rates of CO2 and temperature increases. Soil organisms, as recorded by trace fossils in the Willwood Formation in Wyoming, show significant body-size reductions as well as an increased abundance during the PETM. Burrow diameters of the most trace fossils in soils are 30-46% smaller. As burrow size is a proxy for body size, significantly dwellings suggest their tracemakers were smaller. This reduction in size may have resulted from higher subsurface temperatures, lower soil moisture conditions, or nutritionally deficient vegetation in the high-CO(2) atmosphere inferred for the PETM. As body size reduced, population and soil production activity increased. Can worms be proxies for people?