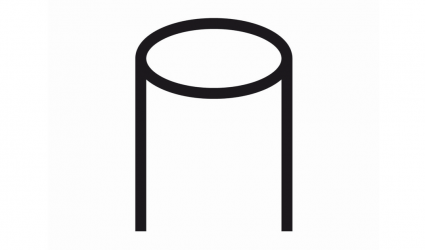 In trying to understand what makes continuous growth such a powerful idea (despite clear evidence that it often becomes harmful) The Incredible Shrinking Man turned to cancer research to learn where healthy growth turns malignant. Although cancer is a very complex phenomenon the seminal paper “ The hallmarks of cancer” managed to simplify its underlying process to ten common traits that every single cancer shares to facilitate the transformation from a normal cell to a cancer cell. Published by Robert Weinberg and Douglas Hanahan in 2000, with an updated version in 2013, the paper functions as a guide and lens to learn what the underlying principles of growth are. And what to do about it when things go wrong.

The fifth hallmark of cancer is its ability to induce the continuous growth of blood vessels. The process of new formation of blood vessels, known as angiogenesis, is normal and necessary in the formation of embryonic tissue but is switched off in adults. However, occasionally it gets switched back on during processes such as wound healing, to restore the oxygen supply to tissues in hypoxic conditions, or during menstruation. In cancer cells, angiogenesis is always switched on. Tumors are in a constant mode of replication and thus in constant need of oxygen, nutrients and waste drainage. They recruit blood vessels in the nearby cell microenvironment to grow extensions to provide them with the resources they need. The process of recruitment depends largely on the role of a growth factor called Vascular Endothelial Growth Factor. VEGF causes endothelial cells to first break through existing blood vessels, then migrate towards the signal, grow and replicate and form new blood vessels as directed. Proteins that inhibit this process  (e.g. thrombospondin-1) are deactivated in the process. This angiogenesis is the result of a changing oxygen climate around the cell caused by the inadequate oxygen levels inside of the tumor. The stress signal inside the cell causes specific proteins (HIF) to call for help, which causes the production of high levels of VEGF and eventually a new network of blood vessels around and within the tumor. Angiogenesis in a cancer is a perversion of an innocent cellular process that exists to provide its body with the resources it needs. Yet without it, cancer would not exist.