Degrowth: Down to the Kohr 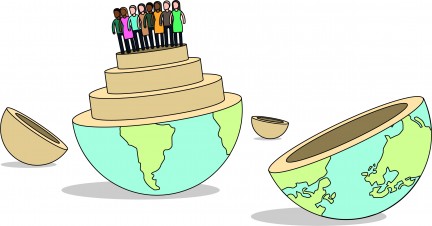 Leopold Kohr was an economist and political scientist known for his opposition to the “cult of bigness” in social organisation and the inspiration for Fritz Schumacher’s iconic publication Small is beautiful and the Degrowth movement. Here are two quotes from his 1951 book The Breakdown of Nations.

On BIG: “Wherever something is wrong, something is too big. If the stars in the sky or the atoms of uranium disintegrate in spontaneous explosion, it is not because their substance has lost its balance. It is because matter has attempted to expand beyond the impassable barriers set to every accumulation. Their mass has become too big. If the human body becomes diseased, it is, as in cancer, because a cell, or group of cells, has begun to outgrow its allotted narrow limits.”

On SMALL: “Smallness is not an accidental whim of creation. It fulfils a most profound purpose. It is the basis of stability and duration, of a graceful harmonious existence that needs no master. For little bodies, countless in number and forever moving, forever rearrange themselves in the incalculable pattern of a mobile balance whose function in a dynamic universe is to create orderly systems and organisms without the necessity of interfering with the anarchic freedom of movement granted to their component particles.”