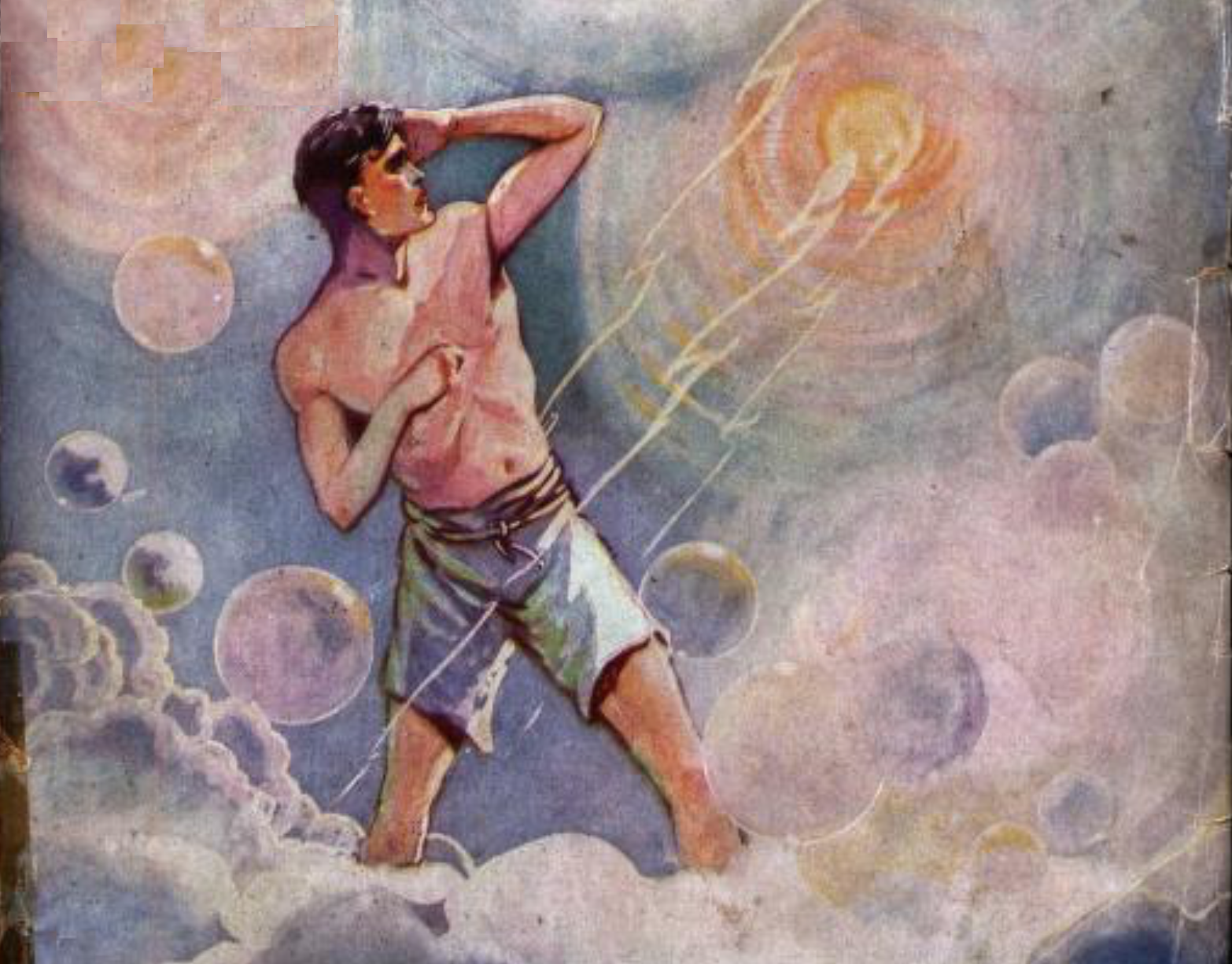 He who shrank is a 1936 sci-fi story by Henry Hasse, originally published in Amazing Stories Quarterly. It is about a man who is forever shrinking through worlds nested within a universe with apparently endless levels of scale. Written long before moon travel and our current explorations of Mars, and decades before Richard Feynman gave his famous lecture titled  “There’s plenty of room at the bottom”, it directs our attention to what is right in front of us.

“If I could not pierce the stars above, that were so far, then I would pierce the atoms below, that were so near. They are everywhere. In every object I touch and in the very air I breathe. But they are minute, and to reach them I must find a way to make myself as minute as they are, and more so!”

As the protagonist in the story shrinks, an interesting reversal of size happens where in some moments he is as big as the stars he travels between, only to shrink onto the surface of planets in the next moment where he meets with lifeforms, then again becoming the size of a breadcrumb and beyond, before shrinking into the next universe where a similar sequence of events unfolds. And again. And again, endlessly. The story interprets the act of shrinking as a way to travel through dimensions without moving horizontally. Rather, the protagonist travels through infinite space vertically by becoming ever smaller. It approaches  shrinking as a way to explore in depth the realities invisible to our current senses. Not just from an empirical perspective but as an intimate mode of knowing and experiencing. Shrinking as an act of vertical empathy.