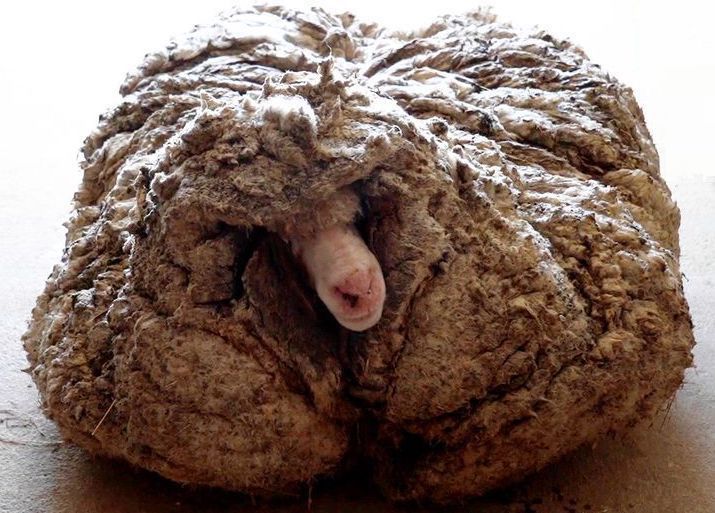 Between 13.000 to 11.000 years ago, sheep were the first animals to be domesticated by humankind. At first flocks were kept mainly for meat and milk. Archaeological evidence found at sites in Iran suggests that selection for woolly sheep began around 6.000 BC. As wool became more important for the manufacture of textiles the selective pressure on sheep to be more productive increased. Eventually this led to several of the domesticated species losing the ability to naturally shed their wool. In nature the ability to shed is part of an autonomous management system to deal with changes in temperature, entanglements, and for purposes of general hygiene and health. By losing the ability, or rather by mankind taking this ability from them, the sheep lost their autonomy. Shedding became shearing, as sheep became fully dependent on people to releave them of their woolly coats.

The repercussions of our desire for greater quantities of wool recently manifested itself when animal rescuers located a sheep that got lost in the Australian wilderness about five years ago. During those years its fleece had continued to grow. In the end the thick wool coat weighed over 35 kilograms, putting an almost unbearable weight on one lost sheep’s shoulders. It seems there is no escape for sheep, even if they do. Their DNA has been infected with the human desire for growth. Embedded human desire has become their prison.