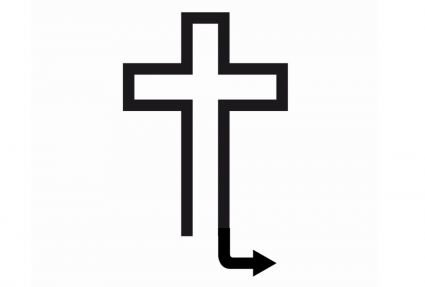 In trying to understand what makes continuous growth such a powerful idea (despite clear evidence that growth often becomes harmful) The Incredible Shrinking Man turned to cancer research to learn how growth as part of a healthy and balanced system turns malignant. Although cancer is a very complex phenomenon the seminal paper “ The hallmarks of cancer” managed to simplify its underlying process to ten common traits that every single cancer shares to facilitate the transformation from a normal cell to a cancer cell. Published by Robert Weinberg and Douglas Hanahan in 2000, with an updated version in 2013, the paper functions as a guide and lens to learn what the underlying principles of growth are, how to relate these principles to our current economic state, and what to do when growth goes wrong.

The third hallmark of cancer described by Weinberg and Hanahan is the ability of malignant cells to resist programmed cell death. When a cell sustains DNA damage it either needs to repair itself before it can replicate or if repair is not possible, destroy itself to avoid multiplication of its mutation. The average adult human loses and replaces 50 to 70 billion cells each day. For cells to become cancerous they not only have to hijack normal cellular growth pathways such as described in hallmark 1 and hallmark 2, but also to evade cellular death pathways. The choice to repair or self-destruct is made by one of the most investigated proteins in cancer research: P53, known as the guardian of the genome. It decides if the cell cycle is allowed to continue. But with great power comes great responsibility, and great risk if things are not quite right. More than half of all types of cancers have a mutated or missing gene for p53, making it the most frequently mutated gene in human cancer. There are several reasons which allow cancer to ignore or neutralise p53’s sacrificial death wish. 1. p53 itself doesn’t work properly because of mutations and sometimes it’s missing altogether. In other cases p53 itself is fine but is compromised by other proteins that make it impossible for p53 to work properly  2. Cancer cells can obstruct the activity of P53 by increasing the inhibitors of P53, making it much less effective. 3. Some oncoproteins (e.g. E6) can bind to and silence the activators of P53, or P53 itself. 4. In some cases cancer cells can produce excessive amounts of anti-apoptotic proteins (Bcl-2, BclXL). 5. They can also produce less of the pro-apoptotic proteins (BAK, BAX). 5. Finally cancer cells can short-circuit the extrinsic death receptor apoptotic pathway (although extrinsic signals for apoptosis seem to be much less involved in cancer.)

One thought on “Hallmarks of Malignant Growth: Resisting Apoptosis”