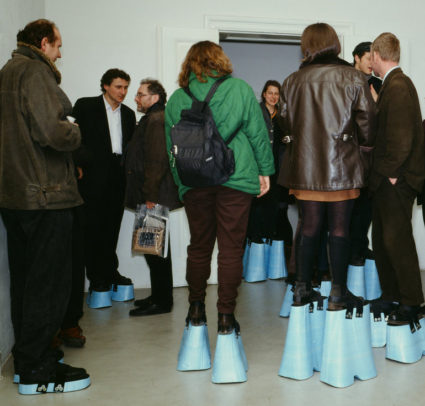 Greater height in humans is commonly associated with advantages such as leadership skills, wealth, intelligence or social status. Differences between short and tall men are often found for these traits, mainly in favour of tall men. But are height-related effects biologically determined or do they result from socially-driven mechanisms? A recent study of the University of Wroclaw exploring height stature perceptions of congenitally blind individuals, who are unable to perceive other people’s stature through the visual channel, found that none of the traits assigned to the tall man by the sighted people was assigned to this person by the blind individuals.

In the experiment a short story was read to 34 blind as well as 34 seeing participants. The story described a non-existing person called Thomas and included a brief note about the character’s height: in one version, read to the first half of the participants, he was 166 cm tall, in the second version he was 190 cm tall. After hearing the story, the participants were asked to assess to what extent Thomas was intelligent, wealthy, a good leader and how high his social status was. The results indicate that blind people do not associate tallness with a man’s interpersonal abilities, unlike the sighted participants, among whom we observed a pronounced, positive, height-related stereotype. These findings suggest that sight is strongly related to developing the positive stereotype of high male stature. The preference for tall men seems not to be a biological inclination, but rather a learned association.

It reminds us of a fantastic project by Hans Hemmert where all visitors to a party wore makeshift shoes to be the same height. Unnerving to some, liberating to most.