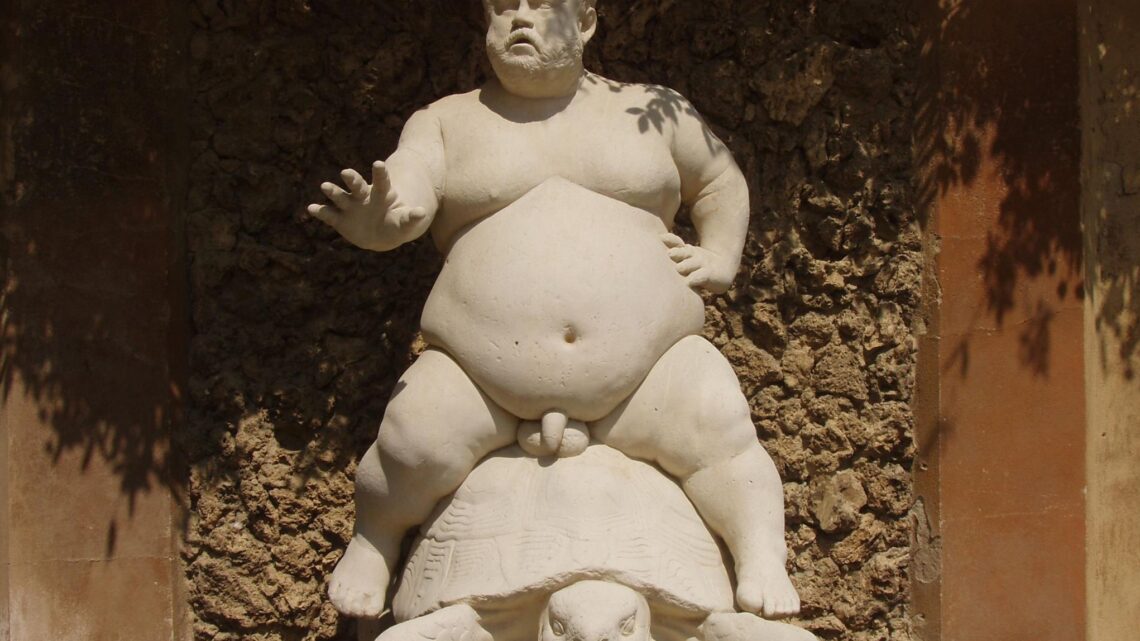 Surely one of the most remarkable sculptures created during the reign of Cosimo I de’ Medici is that of the dwarf jester Nano Morgante, whose real name was Braccio di Bartolo. Morgante, which means giant, was ironically nicknamed after the giant from the poem of the same name by Luigi Pulci. The statue is currently located in the Boboli Gardens in Florence and shows a naked Di Bartolo riding a giant tortoise. In 1572 the statue was turned into a fountain and today is known as the Fontana del Bacchino, which seems to play into the belief that dwarfs had a connection with the supernatural.

Although court dwarfs were often ridiculed and discriminated against, they also frequently gained positions of considerable influence, fame and status: a complex reality that is captured well in this sculpture by Valerio Cioli. It is commonly thought to refer to classical equestrian statues. Full-sized equestrian statues typically show portraits of rulers or military commanders and certainly not of entertainers or servants. One might argue that the sculpture of Nano Morgante, despite its probable intention as a caricature of a horse and ruler, creates an opening to normalise the general public’s relationship with the dwarfed body. More than anything the sculpture confronts the viewer with their own curiosity and prejudice. But is also allows one to look at, to get acquainted with, and to appreciate the proportions of the body and facial expressions through the craft of the artist. In this sense the sculpture doubles up on the privilege of the court jester to express harsh truths about preconceptions and mock freely without being punished.

In the same year that Cioli created his sculpture in 1560, Bronzino painted a full-length double-sided nude portrait of Morgante.