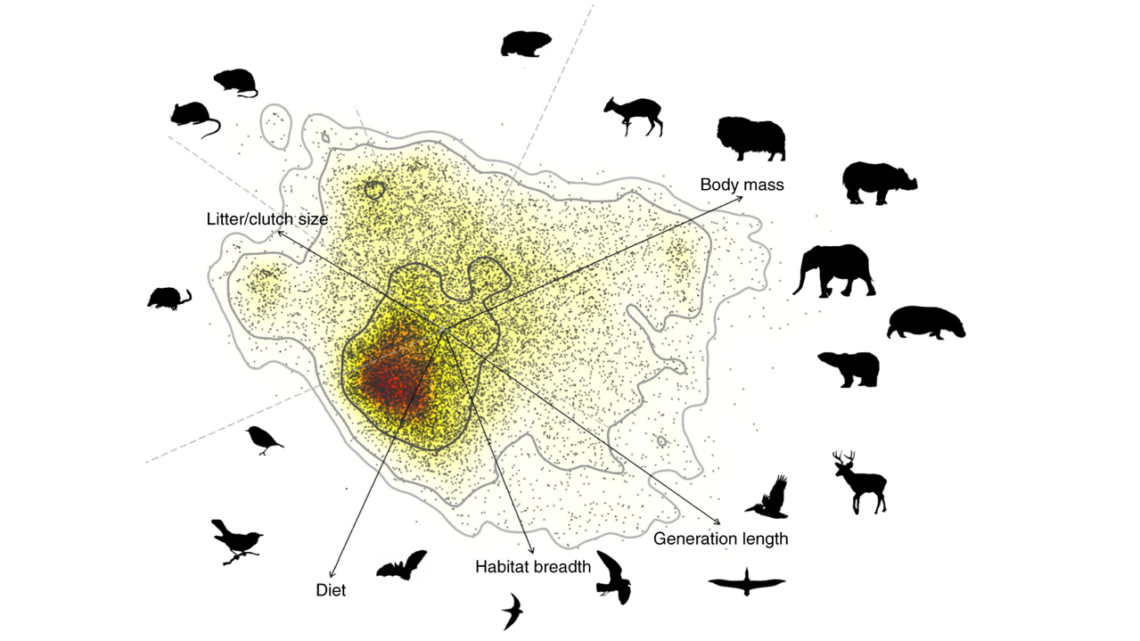 According to research of the University of Southampton the body mass of mammals will shrink by 25% over the next century, as creatures large and small will seek to adapt to environmental changes brought on by extensive habitat loss and other stressors as a result of human activities. “This decline represents a large, accelerated change when compared with the 14% body size reduction observed in species since the last interglacial period 130,000 years ago.” the scientists write.

To see which animals will fare well or not so well in coming decades, the researchers examined a total of 15,484 land mammals and birds according to 5 characteristics that define their ecological strategies in nature: body mass, litter/clutch size, breadth of habitat, diet and length of time between generations. They then looked at a global list of endangered and threatened species to see which animals are most likely to go extinct within 100 years as habitats continue to shrink. “The projected loss of mammals and birds will not be ecologically random – rather a selective process where certain creatures will be filtered out, depending on their traits and vulnerability to ecological change,” notes Felix Eigenbrod, a professor of applied spatial ecology at the university. The research predicts a shift towards species that are small, fast-lived, highly fecund, insect-eating, generalists. Smaller animals have competitive advantages that will serve them well in a world remade by humans. In coming decades small animals that can thrive in various habitats while dining on scraps and insects will come to predominate at the expense of larger creatures, which need lots of space and food.