The Not So Resolute Desk 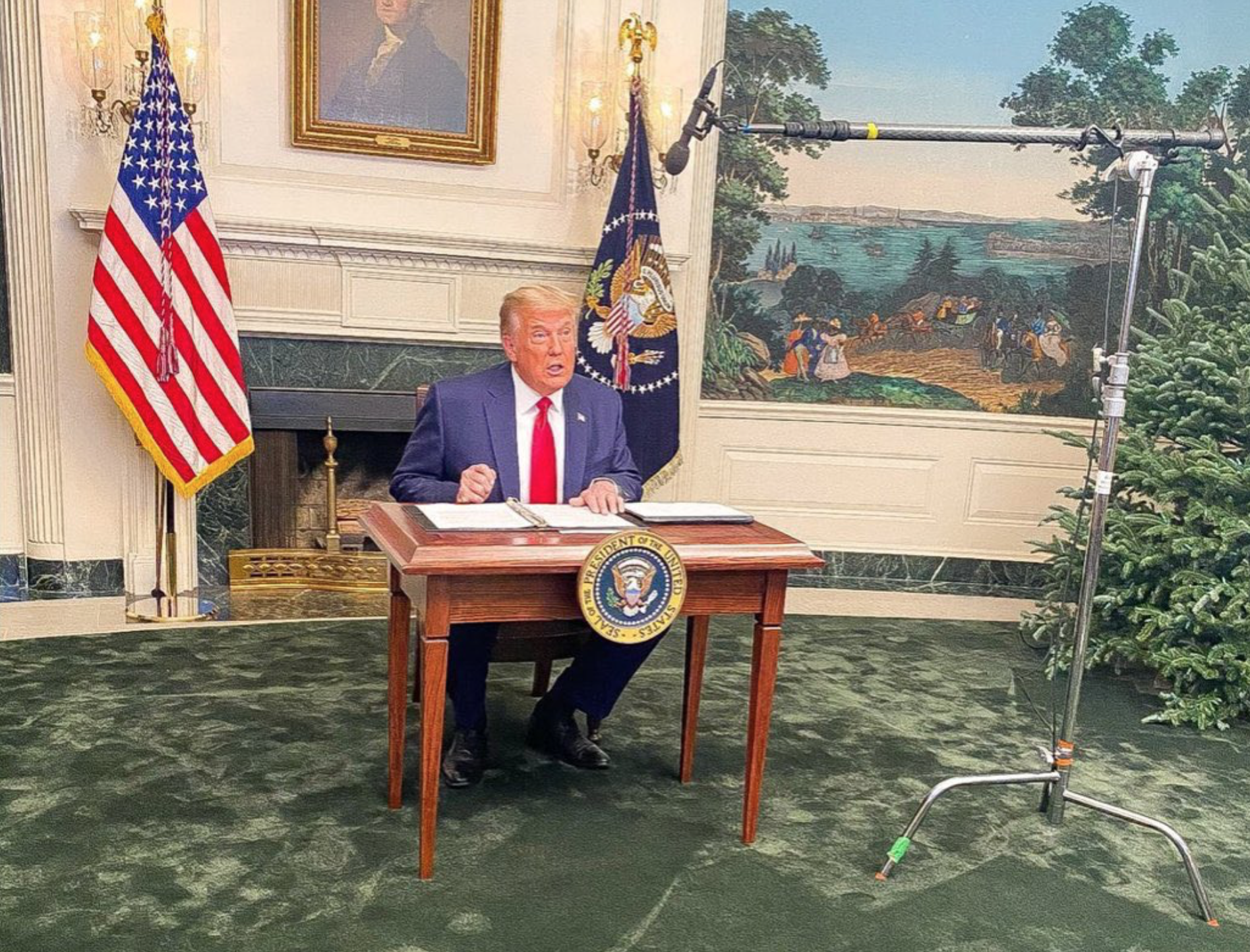 At first sight it seems rather curious that a man so sensitive to the image of power as is Donald Trump, would allow to be photographed sitting behind a very small desk. His large body in relation to the small table just looks awkward. Plus, there is a well-seasoned tradition of those wanting to portray being in control to be photographed behind very large desks symbolising the gravity of the job. Like the Resolute desk, the most popular desk amongst United States presidents.

It turns out that the small table was also regularly used by presidents before Trump, but always with the specific function of allowing a large group of people into a photograph with the seated president. It’s not meant to be used as a sit-alone piece of furniture. Unless, which is not entirely impossible considering Trumps history of ridiculing smaller men, it was an attempt at making himself appear even larger than he already is. Or, and this is perhaps even more worrying, Trump may have tried to visually and symbolically shift power away from the job (symbolised by the table) to the individual (as in Trump himself). In which case he failed, according to the media. Whatever the reasoning, if humanity continues to grow taller, we’ll ALL end up looking like Trump behind a child’s desk. It’s not a good look.