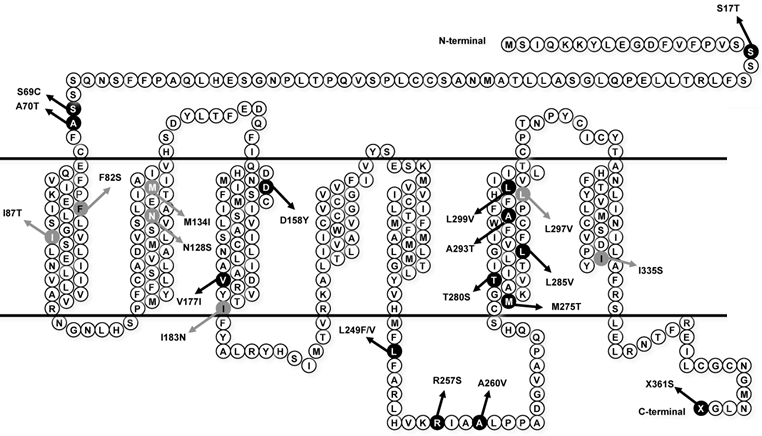 According to research at the University of Cambridge the protein melanocortin receptor 3 appears to have an important role in linking signals of caloric sufficiency to the control of lineair growth of the human body. The research provides a mechanistic basis for the global secular trends toward taller human height due to higher level of caloric availability. Simply put, if people have plenty to eat they end up being taller and it is the MCR3 protein that plays a pivotal role in determining available abundance to the production of growth hormones. On the other hand, people with an altered MCR3 gene often end up shorter. Not surprisingly this is defined as a defect. Again, as so often, a deeply embedded cause and effect confusion seems to be in play where the stimulants of growth are associated with goodness while whatever stops growth is associated with something going wrong. So it is always GOOD food that leads to greater height. Alternative perspective on increased human height are very rare. We never hear about an unnecessary surplus of food leading to an unnecessary surplus in human height that makes the body more dependent on this unpredictable food surplus. Yes the reasons why people are tall may well be the current growth promoting conditions, yet the effect of these conditions, the being tall itself, is not necessarily a GOOD outcome. The Incredible Shrinking Man has linked this to the a plant growing up in a greenhouse. The conditions in the greenhouse stimulate the growth of very large plants, but is this ultimately desirable for the plant itself? What pressures and processes are at play within the organism itself? What is the relationship between external forces and intrinsic needs? What happens if conditions in the greenhouse change drastically? Although it is often claimed that tall people are healthier (another example of cause and effect confusion) this is certainly not a given. In fact short healthy people in many cases have higher life expectation. But this is not the point we want to make today.

Today we want to point out that short stature in human height related research is mostly presented as being part of the problem rather than seen in the light of the body coping with a situation. Height, although it may in certain cases be an indication of negative conditions, is itself not the condition. In fact it’s more likely a way of the individual to overcome negative effects of the condition. The adaptation of a more resilient smaller body type is part of an immune response. Much like the Dehnel phenomenon allowing animals to overcome hardships in nature, the smaller human body helps them deal with the physical consequences of non-height related challenges. The case of the altered MCR3 gene leads to later onset of puberty, as well as sarcopenia, a condition in which low lean mass, including muscle, contributes to disability in various chronic disorders. This is a serious condition that the body may try to cope with through staying smaller. Smallness is not part of the problem but part of the solution. The language used in scientific research when describing small stature should reflects this, so that we can recognise small stature as the coping mechanism that it is. Small is resilient.