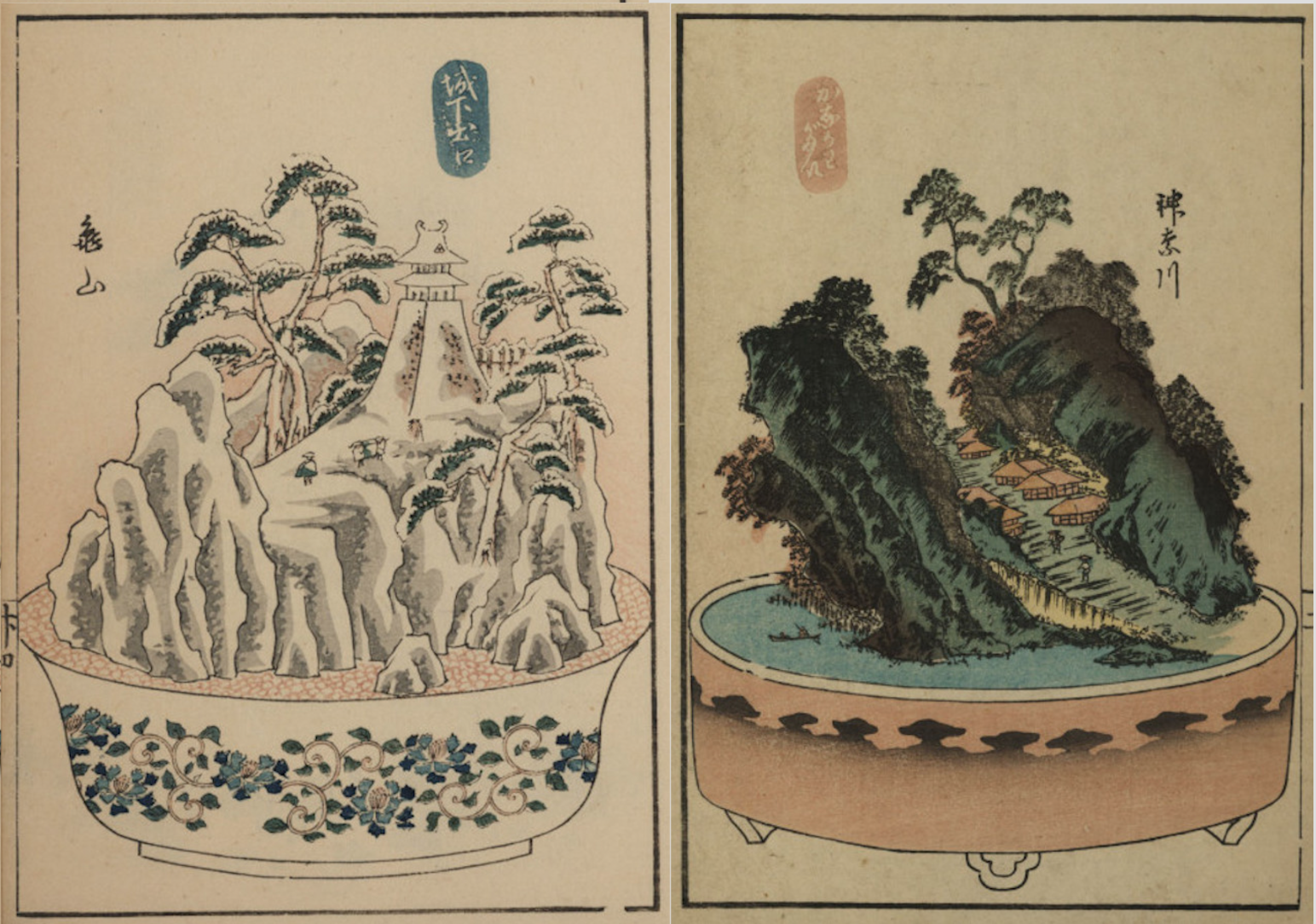 Our series on Japanese Miniatures investigates the specific Japanese small scale sensitivity as expressed through a love for things like bonsai, sushi, netsuke, and capsule hotels. Perhaps Japan ‘knows’ things about smallness that may help us embrace the desire for less.

A bonkei is a miniature landscape within the confines of a small shallow tray that may include both natural elements such as trees, rocks and water as well as cultural elements such as miniature homes, animals or figurines. The scenes follow a natural rhythm and particular attention is paid to the close observation of nature. A great deal of interest concentrates on how to display the changing of the seasons, as it is believed that a landscape that does not suggest the time of year feels unnatural. In the Japanese household the bonkei is usually placed in the tokonoma where a family displays valued objects such as painted scrolls, bonsai and small sculptures. Bonkei lets the viewer enter through a real “imperfect” landscape into an imaginary “perfect” one, miniaturising and idealising the world to provide an aesthetically pleasing landscape for display and contemplation. In The Savage Mind Claude Lévi-Strauss writes: ”To understand a real object in its totality we always tend to work from its parts. Reduction in scale reverses this situation…in the case of scale models, in contrast to what happens when we try to understand an object or living creature of real dimensions, knowledge of the whole precedes knowledge of the parts.”

The history of bonkei is not precisely known although according to legend a gardener at the court of empress Suiko (A.D. 554-628) once created a miniature of Mount Meru, which in the Buddhist tradition is held to be the sacred center of the world. It may have been a more wide-spread custom at the time to recreate models of Mount Meru which eventually inspired the practise of bonkei as well as other forms of contemplative landscape art forms such as suiseki, saikai and bonsai.