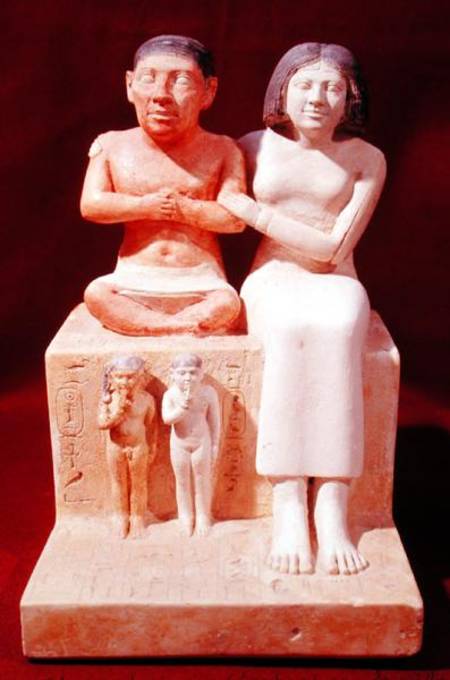 In ancient Egypt a remarkable number of dwarfs gained prestigious roles within the dynasty. This can be concluded from the remains of their lavish burials. Egypt’s best known dwarf was Seneb, which means healthy. His career is documented on the false door and the plinths of his statues, which record twenty titles including, beloved of the king, overseer of weaving in the palace, overseer of dwarfs (indicating that there were others in the palace), and overseer of the crew of the king’s ship. He probably started his career as an official in charge of royal linen and pets, a role in which other dwarfs are known to have served, and subsequently gained higher-ranking posts. There are over 200 known representations of dwarfism in ancient Egyptian culture. Other examples include the 5th Dynasty statuette of Chnoum-hotep from Saqqara, a Predynastic drawing of the “dwarf Zer” from Abydos, and a 5th Dynasty drawing of a dwarf from the tomb of Deshasheh.

There’s could be a relationship between the position of Egyptian dwarfs and the depiction of the popular Egyptian god Bes, who never stands taller than the size of a pygmy, which led to speculations that perhaps he was introduced by the Twa pygmys of Central Africa. Bes was known as the protector of the household, of child birth and of the pharaoh, making Seneb’s important position within the king’s household all the more interesting. A quick look at our list of Small Mythological Characters reveils a strong connection between small size, protection and the home. Why do we feel protected by the small?