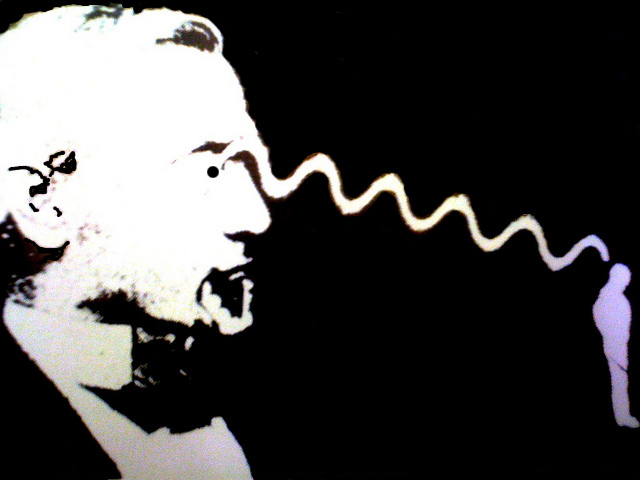 Mankind seems so indoctrinated to think bigger that sometimes the mere suggestion that we should become smaller is thoughtlessly rejected as mad science. Ever since the 20th century our relationship with science, vacillating between science as the salvation of society or its doom, has been personified by the fictional (Hollywood) character of the mad scientist. Following the role of scientists in wartime affairs the general “enlightened” optimism of the 18th and 19th century gave way to anxiety about disturbing “the secrets of nature”. Fictional scientists were increasingly depicted as frustrated power hungry mad men trying to attain world domination. The strategy of quite a few of these mad scientists ‘involved’ some sort of shrinking of people, like with Dr. Cyclops and Mr. Franz, to name just two. Unfortunately this collective ‘memory’ of fictional shrink science gone bad now makes it more difficult to convince mankind we should become shorter.

It’s a challenge we must face if we are to overcome the even crazier idea that mankind should continue to grow taller.

One thought on “(Mad) Scientist Fiction”