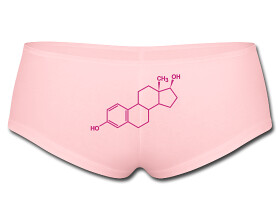 Estrogen stuns growth by accelerating the closure of the epiphyseal plates located at the end of the long bones in the legs. When the plates close, growth ends. One reason why women are an average 8% smaller than man is because they produce more estrogen, and they produce it at an earlier age.

In the 1940’s estrogen therapy took off as a way to counter symptoms of menopause. Its rise and fall as a drug read like a thriller. But more interestingly to our investigation young women, girls really, who had the prospect of becoming tall beyond average were also increasingly prescribed estrogen. This was the direct result of parent’s concern with the implications of their daughter’s height. It’s a concern we at The Incredible Shrinking Man share. It’s therefore a little unfortunate that it wasn’t based on the parental ambitions to curb physical growth in general, and provide their daughters with a more sustainable future, but because tallness for women was perceived as unattractive and tall women were perceived to be less likely to marry.

However, we shouldn’t let wrong motives keep us from wanting to curb tallness. We must find ways to relive the emotion of abjection, because frankly soon it won’t matter why we once thought smallness was a quality but how quickly we can achieve it, for both women and men.

One thought on “Estrogen Therapy”