The Short Origin of Species 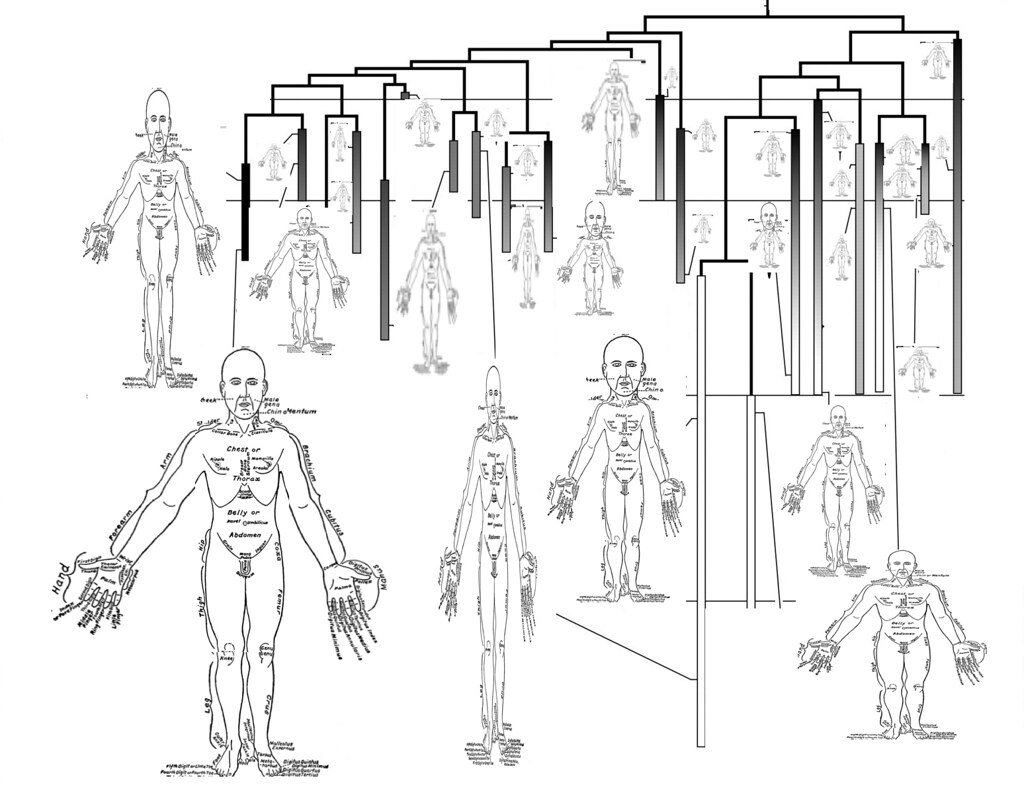 Cope’s rule, that species tend to increase body size over time, seems to reinforce the present day believe that bigger is better. Why else, if not for evolutionary advantages, would species evolve towards bigger size? Unfortunately it is precisely this deterministic thinking that we’ve become a victim of. In fact growth towards large size cannot be explained by intrinsic advantages of large size. On the contrary. Cope’s Rule finds its origin in the greater ability of small organisms to cope with, and adept to, unfamiliar circumstances. Therefor speciation events are powered by the small. Large species, on the other hand, are unlikely ancestors for major new descendent taxa. The structural specialization at large relative body size gradually limits the range of potential morphologies (and hence diversity). From an evolutionary point of view the large are a dead-end street.

The trend towards larger size is not the result of  ‘bigger is better’, but because of ‘small is flexible’. As a result new species come into being relatively small in relation to the potential of their body plan and therefor have a tendency to become larger. It is the strength and flexibility of the small that powers change. If we view evolution as life’s ability to cope with and adept to changing circumstances, then according to Cope’s rule small size will give mankind a better chance at absorbing the dramatic changes the planet will go through in the coming decades.