The Curious Case of Adam Rainer 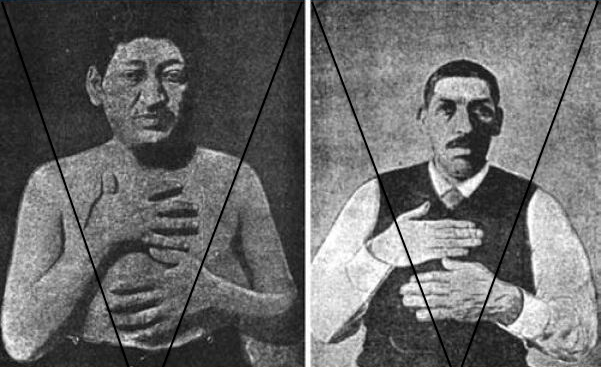 When he was 18 years old, Adam Rainer was just a little over 138 cm’s tall, which classified him as a dwarf. Around that time however he developed a benign tumour in his pituitary gland which stimulated the excessive production of growth hormone. As a consequence he started to increase his height in the exact moment when growth in young adults normally comes to an end. To his misfortune Adam continued to grow for the rest of his life. When he died aged 51 his height had increased to an astonishing 2,38 meters tall, making him the only person in history to be classified as a dwarf, as well as a giant, during his adult life. The Incredible Shrinking Man can’t help but wonder if, however unlikely, such a reversal of size could also be achieved in the opposite direction, from tall to small. We know animals can.

There is something poetic/tragic about that hug that people with acromegaly give themselves to show the medical photographer the extreme growth of their hands: hands that in the life of Adam Rainer became a lens that showed him that the world of things was shrinking as he grew.