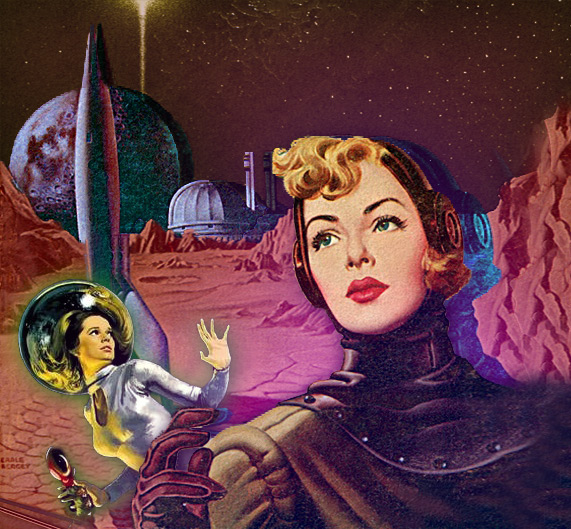 Last year Kate Greene took part in a NASA-funded research project called HI-SEAS (Hawaii Space Exploration Analog and Simulation). It required that she and five other crewmembers live as astronauts on the surface of Mars. For four months they were cooped up in a geodesic dome on the side of the very Mars-like Mauna Loa volcano in Hawaii. The unsurprising result: it would be a lot more economic if we send smaller people to Mars. In fact Kate argues, they should be women, because women are smaller. The three female crew members in the Hawaii experiment expended less than half the calories of the three male crew members. During one week, the most metabolically active male burned an average of 3,450 calories per day, while the least metabolically active female expended 1,475 calories per day.

In the early 2000s, Alan Drysdale, a former systems analyst in advanced life support with NASA, was thinking about the problem of astronaut bodies. He turned to a NASA document on physiological metrics called STD-3001, Man-Systems Integration Standards, which details needs and effluents for a range of body types. Drysdale also found that most women need way less. Drysdale says his calculations suggest all things being equal, a female crew would launch for half the payload cost. “Small women haven’t been demonstrated to be appreciably dumber than big women or big men, so there’s no reason to choose larger people for a flight crew when it’s brain power you want,” says Drysdale. “The logical thing to do is to fly small women.”

The Incredible Shrinking Man believes it is even more logical to fly small people. Our previous work with Donald Platt suggests NASA is already in the know.

One thought on “Females to Mars”