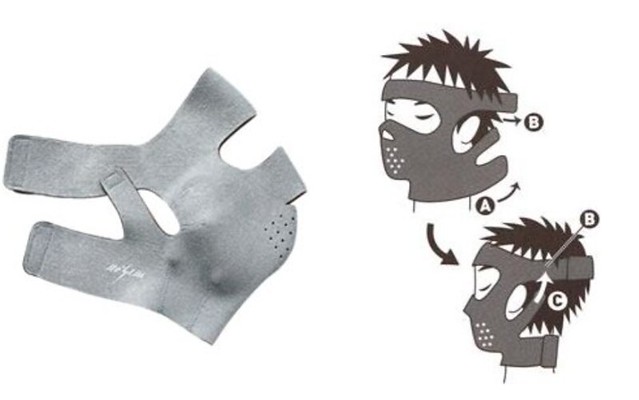 A Japanese company for beauty products has developed masks to reduce the size of your face. The inside of the mask is laced with the metal germanium and generates heat on the skin surface to make you sweat out excess moisture. The existence of this product, no doubt condemned to end up in that unholy realm of unused stuff under the bed, in itself perhaps signifies no more than an understanding that small is beautiful. However Nathan Holton, a post doctoral researcher who studies craniofacial features at the University of Iowa, published a paper in the Journal of Anatomy that shows the desire for small faces has been deeply embedded within our genes for at least 20.000 years. And the proof is in our chin.

Co-author Robert Fanciscus explains that as humans migrated from Africa 20,000 years ago and settled down into societies, males had to become less competitive and more cooperative—giving an advantage to those with lower testosterone levels and a less violent nature. Modern humans evolved from hunter-gatherer groups that were rather isolated from each other to increasingly cooperative groups that formed social networks across the landscape. As it turned out this reduced testosterone level also softened and shrank the craniofacial structure. In other words, while we became more social, the modern human head and face became smaller and our chins emerged. Since we’ve grown to love our strong chin lines so much it makes you wonder what other loveable qualities further shrinking the human species will create.