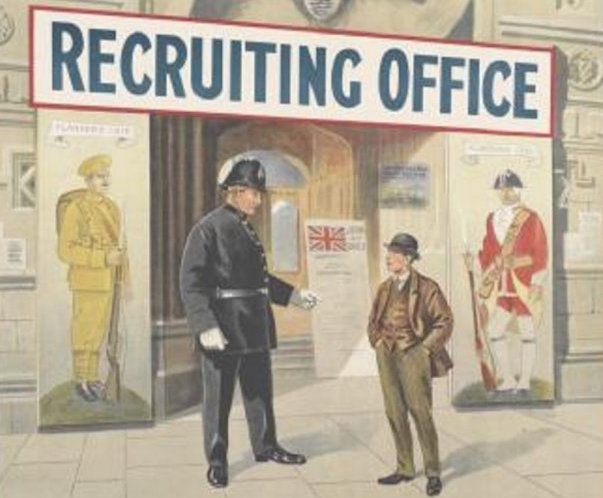 During WWI the British Army made it perfectly clear that no man under the height of 160cm (5 ft 3 inches) was deemed strong enough to fight and serve their country. But as the war dragged into the second year, with the enormous losses in men’s lives and a growing understanding that this would not be an easy win, the 160cm height barrier suddenly became a lot less absolute. In fact the deteriorating circumstances drastically changed the official army standpoint as they asked the famous physiologist Marcus Seymour Pembrey to investigate the virtue of shorter soldiers. Permbrey soon enough declared that “The short man, in nearly every respect, made a better soldier than his taller comrades” Among the list of positives for the enlistment of small men in the army he suggested that: “The short man has a smaller weight of body to carry and the weight of his clothing and equipment is less; he is lighter upon horse; he does not require so deep a trench, and offers a smaller target to the enemy.” As a direct result the 1st Birkenhead Battalion of the Cheshire Regiment was created, consisting entirely of men that only one year before were deemed too weak to fight. Over 50,000 British and Canadian soldiers signed up. They arrived ready for battle after their own personal fight just to be allowed to serve their country. In the end the regiment, nicknamed the Devil’s Dwarfs, fought in some of the toughest battles of WWI.