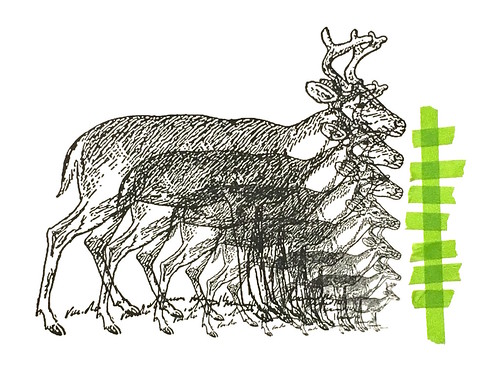 The royal antelope is the smallest member of the deer family. It stands only 25cm tall and weighs a mere 3kg. It is closer in size to a pet rabbit than to other antelopes. Its evolution may have been the result of dietary strategy. Antelopes are herbivores, and each species tends to eat specific types of foliage. A single tree can feed any number of antelope, as each different height lets each species eat leaves in its own range. The ancestors of royal antelopes ate lower leaves, and due to competition from other small antelopes eating leaves at the same level, it gradually evolved to become the incredibly tiny animal it is today.

The tiny deer is mentioned in the Micro-livestock report as a possible animal for game farming in eastern and southern Africa. The large uninhabited expanses of land here are difficult for farming. However, the royal antelope has some advantages over regular cattle and larger species of deer such as higher turn-over, resistance to many local diseases and a preference for other and more varied grasses and foliage than bigger species. They also affect the habitat less then cattle because they spread out more while feeding and therefor cause less erosion. The report states: “Antelope farming is not a panacea for Africa’s food problems but it might pave the way to a new and more gentle way to make savannas useful.”  Instead of destroying the natural habitat to enforce big animals to feed ourselves, local farmers might allow nature to thrive while still creating food security.