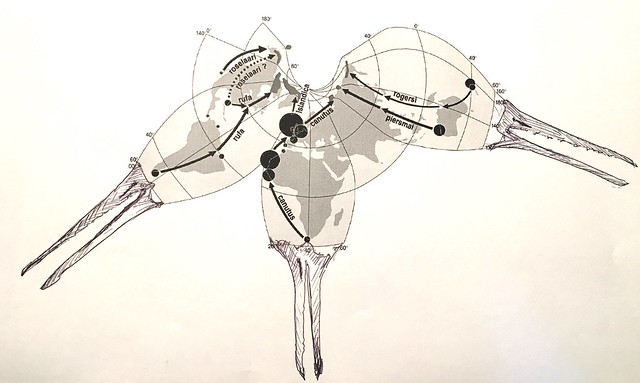 Reductions in body size in various animals are increasingly being identified as a response to climate warming. As early as the mid 19th century biologists observed that animals in warmer condition often tended to be smaller. The principle was formulated as Bergmann’s Rule. It is an ecogeographic principle that states that within a taxonomic clade, populations and species of larger size are found in colder environments, and species of smaller size are found in warmer regions.

There have been examples of fish, horses, crustaceans, birds and even the human brain becoming smaller as the environment warms up. A new investigation by Jan Gils et al. of the Royal Netherlands Institute for Sea Research presents an interesting new case of the migratory red knot bird. Migratory animals have adapted to life in multiple, often very different environments. They spend their summers far away from their wintering grounds. Possibly this makes them more able to adjust to changing environmental situations. However, the paper suggests the complexity of their existence also makes them more vulnerable for changed circumstances. Seasonal migrants can experience reduced fitness at one end of their range as a result of a changing climate at the other end. Juvenile red knots stay smaller because global warming causes food shortages in their Arctic breeding grounds. Later, upon arrival in their tropical wintering grounds the resulting smaller, short-billed birds have difficulty reaching their major food source, deeply buried mollusks. In response the red knots have taken to eating shallowly buried seagrass rhizomes. This vegetarian switch, although forced by circumstance, is an interesting development. If the red knot manages to adept and survive it could inspire different human eating habits. A vegetarian diet is in many ways the much better option. The question is if we will adept before circumstances leave us with no choice?