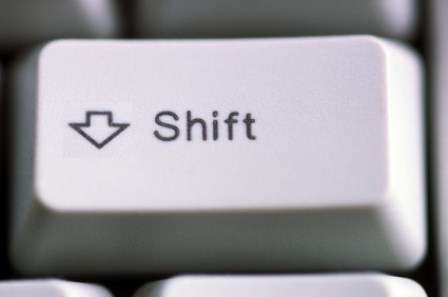 According to Thomas Kuhn when enough significant anomalies have accrued against a current paradigm, the scientific discipline is thrown into a state of crisis. During this crisis, new ideas, perhaps ones previously discarded, are tried. Eventually a new paradigm is formed, which gains its own new followers, and an intellectual “battle” takes place between the followers of the new paradigm and the hold-outs of the old paradigm.

Currently, one of the most destructive paradigms is that in order to make up for the scarcity our economic system creates we have to produce more. Alternatively, The Incredible Shrinking Man proposes to think of ways to shrink towards abundance. Since 2010 we’ve investigated (and continue to investigate) how such a paradigm shift may be embraced without force. Max Planck said that “a new scientific truth does not triumph by convincing its opponents and making them see the light, but rather because its opponents eventually die, and a new generation grows up that is familiar with it.” This may be so, but the question is if we have the time to wait for a new generation to value shrinking as much (or more) than growth, and if the new generation will indeed think so. On an evolutionary time-scale there is no doubt scarcity will lead to smaller less needy people. Yet the laws of evolution, powerful as they are, seem too slow. On the other hand Darwin’s Finches show that evolution is not a lineair process and embedded within the human species there probably exist several genetic recipes for smaller body types. Unfortunately in this scenario the process will only kick in when things already got very nasty. If we leave shrinking down to the laws of nature it will be far more violent and painful than if we allow a cultural shift. Let’s not forget that because of the laws of proportion the biggest advantages for the planet are in the first 10% to 20% reduction. Someone of 150cm weighs half of a person of 180cm. That, plus a 10 to 15 year longer life expectancy, increased relative strength, and a much larger planet to walk around on, among plenty of other things, might just push our desire in the right direction.