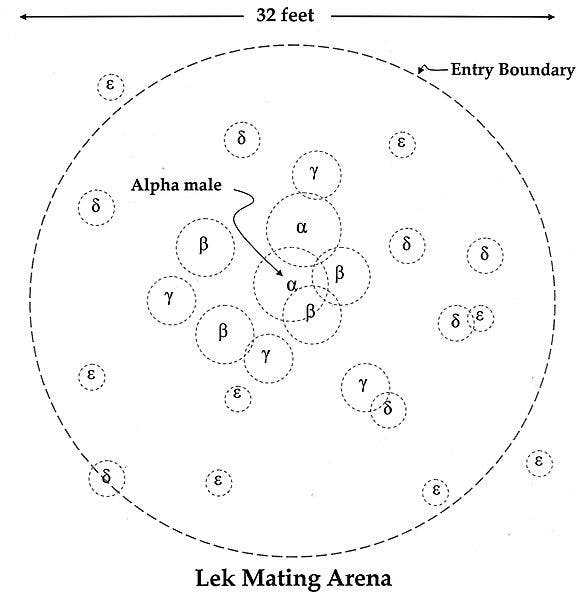 Bigger males, both human and animal, are generally more successful in attracting and being selected by females. But not in all species. The Incredible Shrinking Man seeks inspiration from those few species where females favour the small, like Agalychnis callidryas, the Red-eyed tree frog.

In most frog species females choose a mate during a lek mating chorus often lasting several days. Typically male frogs gather around the female and try to impress her  by calling out. Variation in acoustic characteristics is presumed to be important determinants in reproductive success and normally high energy calls are preferred. However, in the case of the red-eyed tree frog it is staying power more than anything else that gives males the edge. The females display enormous patience. After the first 24 hours of the mating ritual most of the taller loudmouthed males have left because they are hungry and tired. 36 to 48 hours later, the beta-males have left as well at which point only the smallest males continue to still compete for the female attention. Smaller males expand far less energy which allows them to participate in the lekking longer. At this point, well over 2 days after the whole thing began, the female makes her choice. The females are seduced by stamina and perseverance, not brute force. One can imagine that climbing trees is easier for the small males. Although existing formats such as these cannot be translated directly into human practise, mating behaviour in Homo sapiens is not fixed. The introduction of religious, political and economic systems and their subsequent social consequences has changed how we choose a partner. Our mating rituals and attraction values depend at least as much on cultural developments as it does on the laws of nature. Under certain circumstances small frogs and other pygmy animal species might just show us a way out of our growth obsessed mating behaviour.

One thought on “A Frog’s Patience”