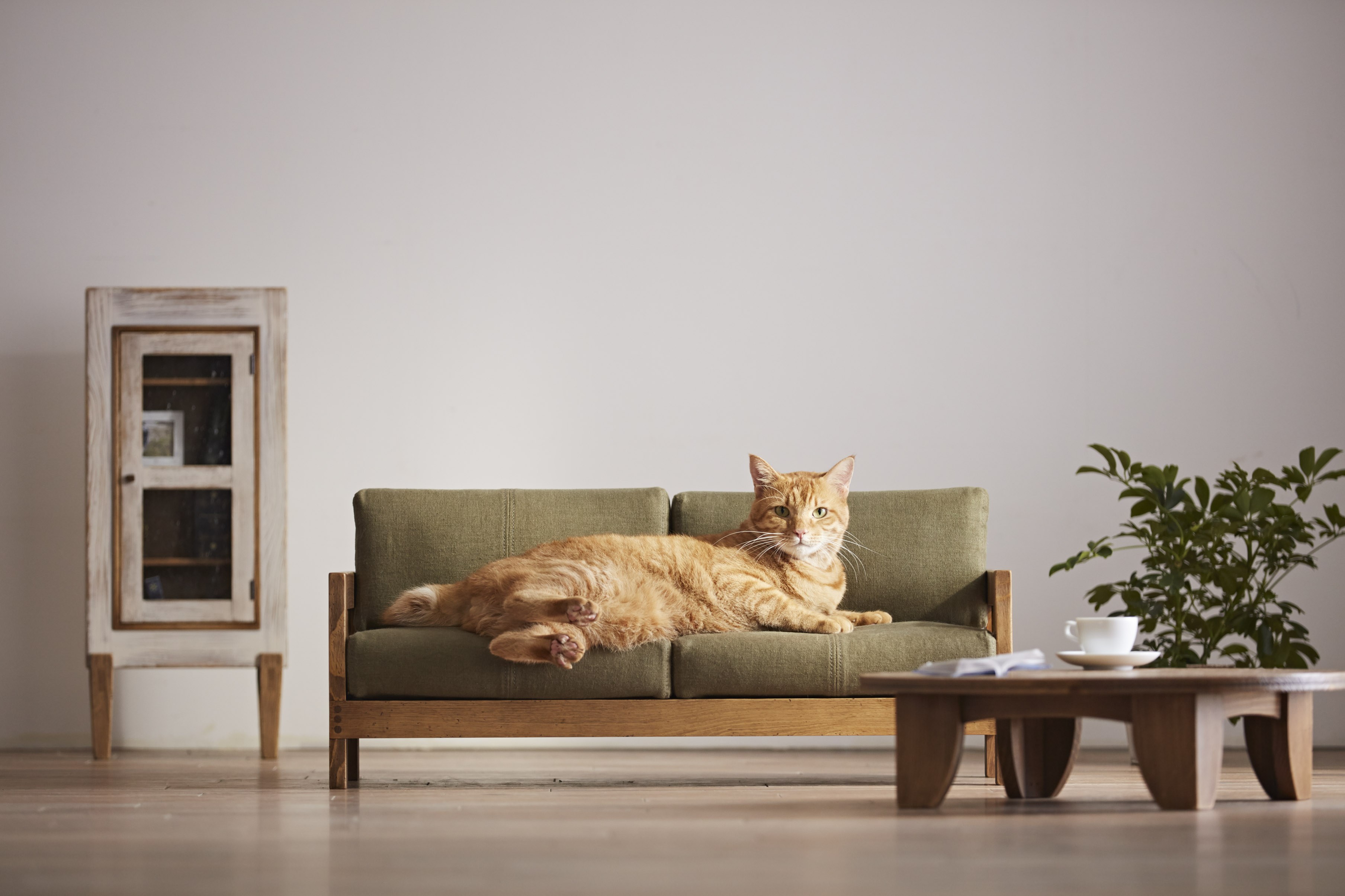 Our series of Japanese Miniatures investigates the specific Japanese sensitivity for small as expressed in their love for things like bonsai, sushi, netsuke, and capsule hotels. Japan ‘knows’ things about shrinking that may help the human species embrace the desire for, or overcome hurdles to, becoming smaller.

Cat maximisation, through furniture miniaturisation, merges the internet’s love for cats with the mini-furniture-making skills of Japanese artisans. The result hovers somewhere between a nightmare and a dream. People regularly express future fear of the cat when confronted with the idea of shrinking the human species. Seeing normal-sized cats on top of shrunk sofas creates a spectacle reminiscent of the 1957 science fiction film The Incredible Shrinking Man in which, after being exposed to a cloud of radioactive particles and pesticides, the protagonist in the film, Scott Carey, starts to shrink. Eventually he lives in a doll house when in a rather terrifying scene his cat named Butch, hunts Carey down. Yet cat maximisation is not just about fear and horror. On the contrary, the relatively friendly visualisations may also create a mental preparation space for a possible future of co-existence between man and pet. And we’re not sure who’ll benefit from this exercise the most. Let’s not forget, even at a considerable smaller size the human species is still the most ferocious predator on the planet. It’s probably not man who should be afraid once we start shrinking. Just ask tigers.