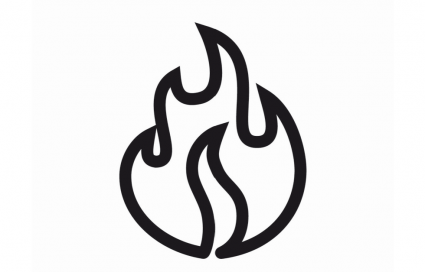 The eighth hallmark of cancer is that it can corrupt and recruit the immune system to help it survive, grow, migrate and start colonies. This process is enabled in a climate of constant inflammation. Normally, inflammation is how tissue responds to injury, for instance during the healing of a wound. It is local and protective. The function of inflammation is to eliminate the initial cause of cell injury, clear out necrotic cells and tissues damaged from the original insult and the inflammatory process, and initiate tissue repair. However, if the inflammation-causing agent persists for a prolonged period of time, the body’s response to it becomes a chronic inflammation, which increases cancer risk. There are many similarities between a cancerous tumor and a healing wound. The ‘healing’ processes are controlled by growth factors and signaling molecules. The inflammatory response, which involves the activation of the NF-beta-B pathway, activates a wide range of genes involved with providing exactly what cancer needs to survive, grow and migrate. Just as the immune cells gather near a site of injury to secrete growth factors to begin tissue repair, tumors can also surround themselves with immune cells that secrete these same growth factors to promote their uncontrolled cell growth. Various types of immune cells are involved but the main culprits are known as Tumor Associated Macrophages (TAMs). In some instances they comprise as much as 50% of the tumor mass. TAM’s assist cancer cells in bypassing some of the anti-cancer defense mechanisms as described in previous posts: 1. They secrete and provide growth factors to the tumor. 2. They promote angiogenesis by secreting VEGF and PDGF in the oxygen deprived regions of the tumor. 3. They suppress the adaptive immune system by secreting immunosuppressive molecules, or by attracting other inactive immune cells. 4. They degrade the extra cellular matrix by expressing the enzym metalloproteases, thus allowing for metastasis.

One thought on “Hallmarks of Malignant Growth: Tumor-promoting Inflammation”