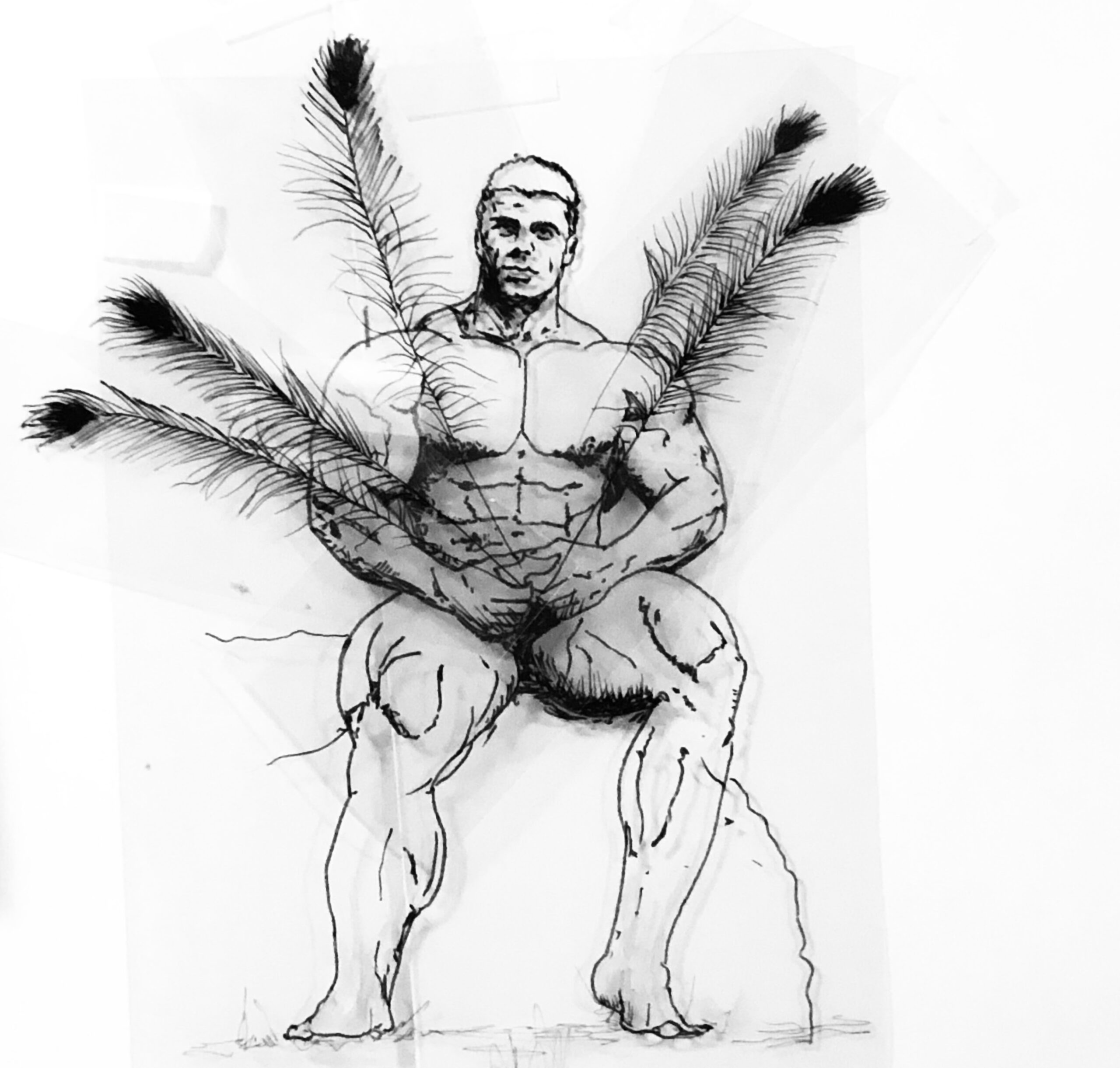 Bigorexia is a subtype of the obsessive mental disorder muscle dysmorphic disorder. The (mostly) men suffering from it have a delusional sense of being too smal and insufficiently muscular, despite often already having exceptionally big and muscular bodies. Bigorexians spend inordinate time, attention and resources to gain strength as in exercise routines, dietary regimens, and nutritional supplementation, while use of anabolic steroids is also common.

The circumstances that lead to this self-destructive mental and physical state often involve sustained traumatic events at a young age like bullying and ridicule for perceived deficiencies as well as domestic violence. Simultaneously subjects were exposed to dominant social narratives of (toxic) masculinity. As a result they may have come to believe they lacked masculine capital and tried to increase this through engagement with traditional masculine activities such as building greater muscular strength. This drive for masculinity (DFM) may lead to bigorexia as increased body mass may seem to reduce the threat of further mistreatment.

The tragedy is that no size will ever be big enough to overcome the anxiety at the core of this sense of inferiority if the source is not addressed. No amount of growth will ever cure the misunderstanding that this is not about bigger or more but about being satisfied with who we are and what we have.