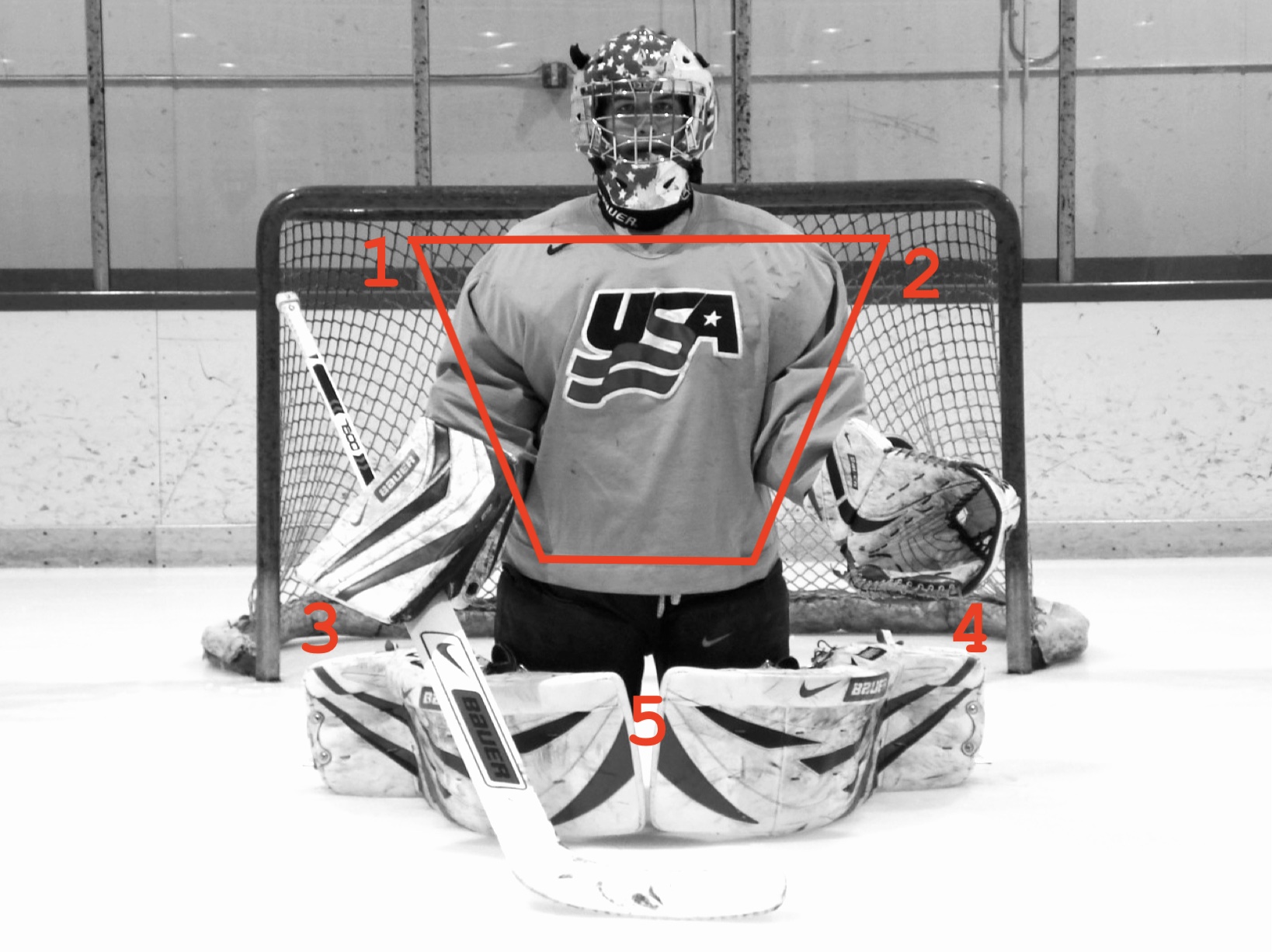 When something grows, other things shrink in comparison. Sports are often an interesting discipline to investigate this simple principle and its effects. In ice hockey the relatively small size of the goal makes it effective for a goal tender to put as much of the body as possible between the puck. If the goalie is positioned in the centre of the goal there are basically five open spaces left. The 1 and 2 ‘hole’ next to the head are covered by the arms and hands, the 3-, 4- and 5-hole are covered by the legs. In the 1980’s the sport introduced better face masks and lighter and larger padding to protect the body. As a result goalies dared to experiment with body positions that blocked more of the goal. Overall the body stance lowered and involved a lot more crouching and less standing upright. And instead of a standard crouch, where one body part folds in front of another to cover space already covered, goalies extended their legs laterally to the lower corners of the net (The 3-, 4- and 5-holes). This position, known as the butterfly, still left the upper corners (the 1-and 2-holes) vulnerable. Subsequently much of this space was covered by leaving the large central padding of the torso quite loose so that when a goalie crouches the knees push the padding forward and upwards so that it acts as a kind of screen that covers the upper corners. A final vulnerability exists in the transitional moments between standing up and crouching down which led to goalies now spending most of the match in a semi-permanent crouch, removing almost all positional vulnerability. As a result, despite the fact that ice hockey is one of the fastest and most energetic team sports, it’s very difficult to score from this fast open field play.

The current scoring-strategy is to take away the goalie’s eyes. If a goalie, even in his near-perfect position, can’t see the puck, he can’t move the few necessary inches to fill the unguarded spot, so if the puck happens to be shot exactly there, it will go in. The attackers game plan currently is to rush the net with multiple offensive and defensive players, creating a chaotic jostle of multiple arms, sticks, legs, and bodies in front of the goalie, while the remaining shooters, distant from the net, will fire away hoping the goalie doesn’t see the puck. The result is that the game of ice hockey, one that allows for such speed and grace, one that essentially has so much open space, is now utterly congested. To counter this congestion people, quite predictably, have started to ask for bigger goals. However, to avoid some sort of arms race on ice, The Incredible Shrinking Man suggests embracing the logic of buddhist economics which is essentially about how to gain given ends with minimum means. In other words rather than bigger goals we suggest smaller goalies.