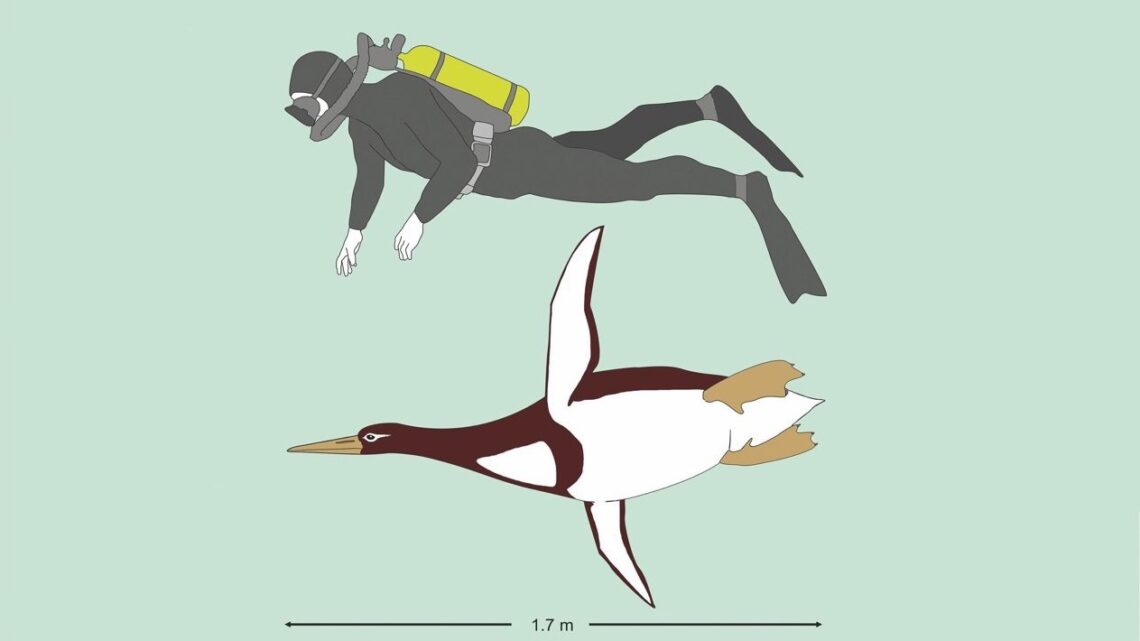 Global warming is causing many species of animals to shrink. That is why we’re intrigued by this counter-intuitive RESEARCH on prehistoric giant penguins.

Most penguin species today are small to average sized flightless birds that live in the colder regions of the southern hemisphere. They range in size from the 33cm Fairy penguin to the 110cm Emperor penguin. However, according to fossil records of some 60 now extinct species of penguin in Australia and New Zealand, some pre-historic specimens were as tall and heavy as adult humans. And contrary to what might be expected considering the current mass shrink events that are taking place, most giant taxa of prehistoric penguins evolved in a much warmer ‘greenhouse’ climate. Their development towards bigger and then to smaller size may have been determined by a process called the competitive exclusion principle, or Gause’s Law. As it became colder in the aftermath of the end-Cretaceous mass extinction large predatory marine reptiles disappeared from the oceans. Penguins, having lost their natural predators, then went on a feeding frenzy and ballooned in size. As a result they may have entered into an undesirable feeding competition with sea mammals, like seals and dolphins. Their consecutive shrinking can be understood as a necessary switch away from their human-sized hubris; a biological ‘understanding’ that they found themselves in a niche that was not for them. The disappearance of giant penguins indeed coincides with the rise of marine mammals. And smaller penguins thrived in a niche that much better suited their physical constraints.