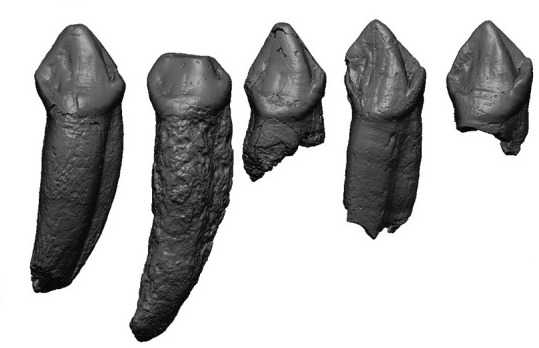 Basically it was women who made us human. A female desire for less macho behaviour in male great apes and consequently a greater capacity for collaboration allowed enabled our evolution, and the directional female choice for men with smaller canine teeth led the way.

Canine tooth size dimorphism co-varies with aggression and competition levels related with mate and resource acquisition among apes. In big apes, big canines lead to bigger fitness. But not in humans. Relative to their size humans have the smallest male canine teeth among all apes; almost as small as their female counterparts. According to Gen Suwa at the University of Tokyo: “Smaller canines may evolve if females prefer to mate more with males that are prone to less aggression”. The feminized male canine shape and size suggests a profound behavioural shift early in human evolution, as much as 4.5 million years ago, characterised by comparatively weak levels of male–male aggression. The absence of high levels of such aggression is considered to be an important evolutionary prerequisite for the later acquisition of enhanced cooperation and complex pro-sociality, attributes that are the hallmarks of the human lineage. The current human species seems to be the result of shrinking teeth, mediated by the female choice for more relaxed male partners.