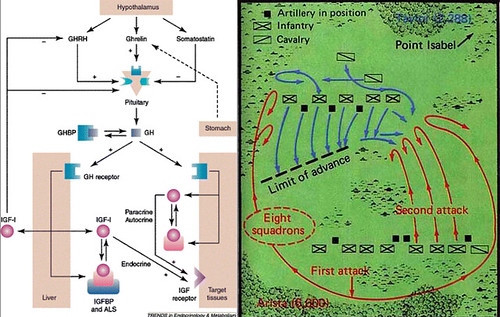 Stature is a highly heritable trait controlled by genetic and environmental factors. Pygmies display a remarkable and inspiring resistance to growth hormone (GH). African Pygmies represent a paradigmatic example of non-disease-related idiopathic short stature. Even if large quantities of GH are administered to them, they simply ignore it and retain their normal size of less than 150cm. Such genetic resistance represents the kind of evolutionary intelligence humanity should embrace. Pygmy children show normal anthropometric and endocrine parameters until puberty, while adult Pygmies show normal growth hormone levels but low values of GH-binding protein (GHBP) and insulin-like growth factor-I (IGF-I).  In every human being growth hormones are transported into the cells by growth hormone receptors (GHR). Studies in Pygmies in Papua-New Guinea have shown that at a certain checkpoint the actual part of the receptor that connects and holds on to the growth hormone stops GH from entering. The growth hormone is forced to remain in the space between the cells where it can do no damage. What is puzzling about this is not so much that pygmies have this ability but that other people don’t.

One thought on “GH Resistance”