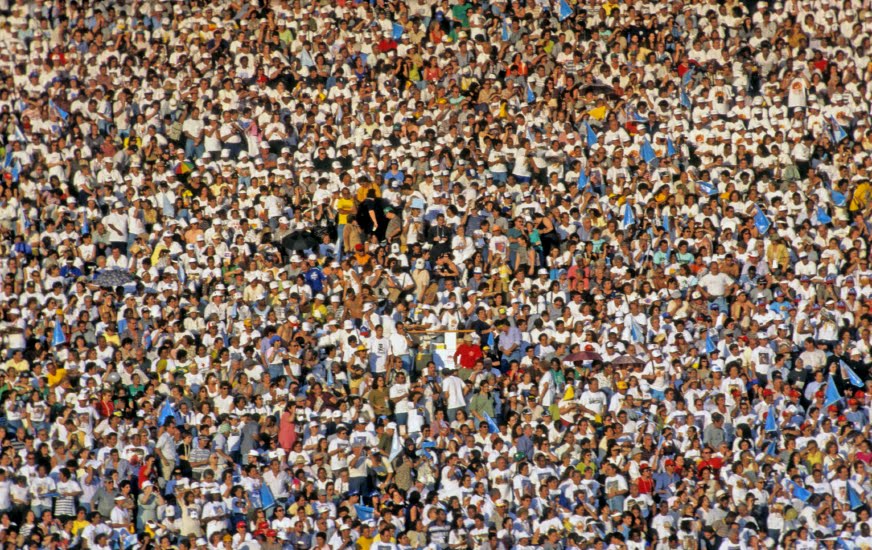 This Crowded Earth by Robert Bloch is a 1958 novel set in a future where overpopulation has inspired science to create a small human race with the use of hormone therapy. The story starts in the late 1990’s when suicide, crime and accidents have increased steeply because of the ‘maddening proximity of the crowds’. As a final desperate measure the American president imposes the Leffingwell Rule. Named after the scientist that developed it, the Leffingwell Rule is a endocrinological program for pregnant women to ensure their children don’t grow taller than 3 feet as an adult. The story ends in 2065 in predictable disaster.

Although Bloch does a relatively decent job describing the obvious advantages of small people, and envisions the end of hunger, warfare and social inequality, he’s unable to overcome the paradigm that such an idea can only end badly. In fact Bloch doesn’t even bother to explain why in the final chapters of the book the small people are getting weaker and dumber. He only gets away with such a lacklustre ending because most readers already presuppose such a turn out of events. The growth paradigm is so deeply rooted in our subconscious that the dystopian scenario is the only scenario available to us when we regard a future of smaller people. If we are to overcome these strong prejudices we need even stronger alternatives.

One thought on “This Crowded Earth”