The Puppet in your Eye 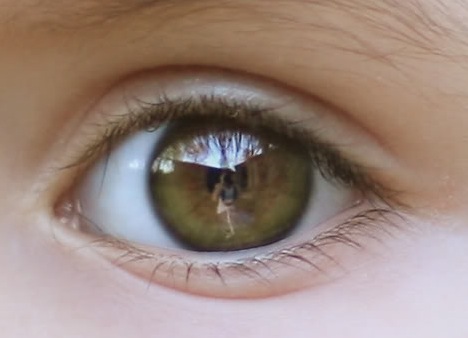 You’ll find that in most, if not all, European languages the black spot in the middle of the eye is known as the pupil. Etymologically, pupil is derived from the Latin word pūpilla which means puppet, or small child. The meaning of the word pupil became extended to the middle part of the eye because of the small reflection you see of yourself when you look somebody deep into their eyes. In Dutch there is an expression ‘Kijk in de poppetjes van mijn ogen‘ that translates in English as ‘Look into the puppets of my eyes.’ This expression is used if you want to convince yourself, as well as the other, that you’re both telling the truth. It relates to the idea that eyes never lie.

The metaphor is perhaps to obvious to explain but if mankind is serious about living in greater harmony with the planet it is time we learn from that little man or woman in each others eyes and wake up to what is most obvious about them: their harmless size.