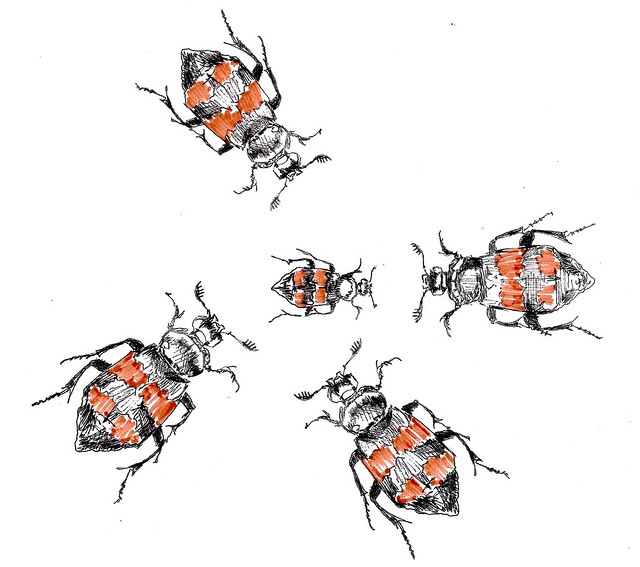 In most species large males have more mating success than small males, either because females find them more attractive or because they can use their strength to intimidate small rivals. They are also more likely to have more sexual partners and be less committed fathers. Unfortunately this tendency exists in humans as well. If we are to embrace a desire for small we need to somehow defeat this dominance of tall males. Nicrophorus Vespilloides, aka the burying beetle, shows us it’s not impossible, and there are certain advantages to shorter males.

A study by the University of Exeter has found that female burying beetles are more attracted to small partners. In the first study of its kind, male beetles were placed in the wild with a dead mouse, an ideal place for them to mate and rear a family. After getting comfortable on top of the rodent corpse, they called for mates by releasing pheromones. Unexpectedly, small males were more successful than large males at attracting a female partner to the carcass. Researchers believe that this is because they attracted less competition and potential for squabbles. The apparent allure of small males also led to them breeding more often in ‘faithful’ pairs than larger males which potentially gives their offspring a better chance at survival. Dr. Paul Hopwood, lead researcher on the project, said: “These results show that by being choosy about their males, female burying beetles might avoid complicated relationships involving male fights and extra female competitors.”

Are we perhaps witnessing the burrying beetles’s development towards dwarfism?

One thought on “Nicrophorus Vespilloides”