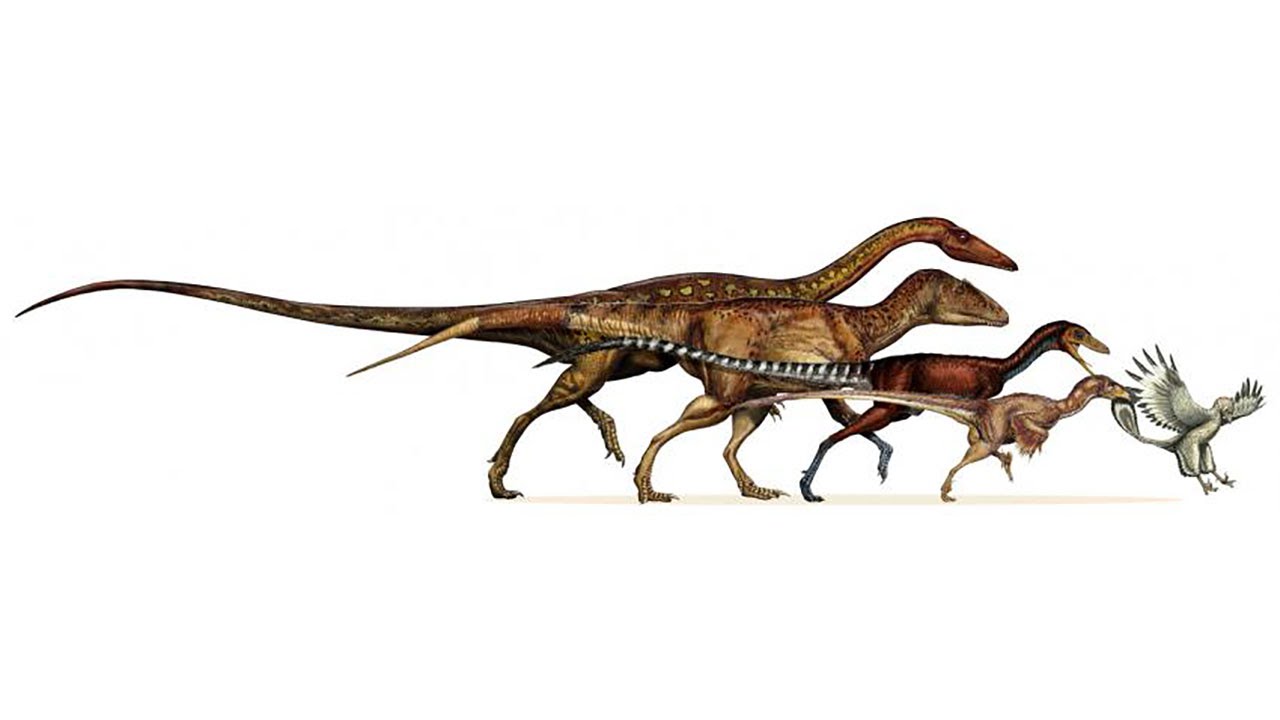 Wonderful things can happen when a species shrinks. In the case of a particular lineage of theropod dinosaurs that wonderful thing eventually turned out to be flight. Dinosaurs became birds. Before the bulky theropods that roamed the Earth 200+ million years ago turned into the elegant feathered creatures we know today, they had to shed most of their weight. “Birds evolved through a unique phase of sustained miniaturisation in dinosaurs” says Michael S. Lee of the Flinders University of South Australia and a leading researcher in the field of dinosaur-bird transition. As a result of getting smaller these bird ancestors also evolved new adaptations, such as feathers, wishbones and wings, four times faster than other dinosaurs. “Being smaller and lighter in the land of giants, with rapidly evolving anatomical adaptations, provided these bird ancestors with new ecological opportunities, such as the ability to climb trees, glide and fly. Ultimately, this evolutionary flexibility helped birds survive the deadly meteorite impact which killed off all their dinosaurian cousins.” “Birds out-shrank and out-evolved their dinosaurian ancestors, surviving where their larger, less evolvable relatives could not.”

The question is what ecological and morphological innovation lies in the smaller future of the human species when we decide to shrink. What magical consequences can we anticipate?

One thought on “Dinosaur-Bird Transition”