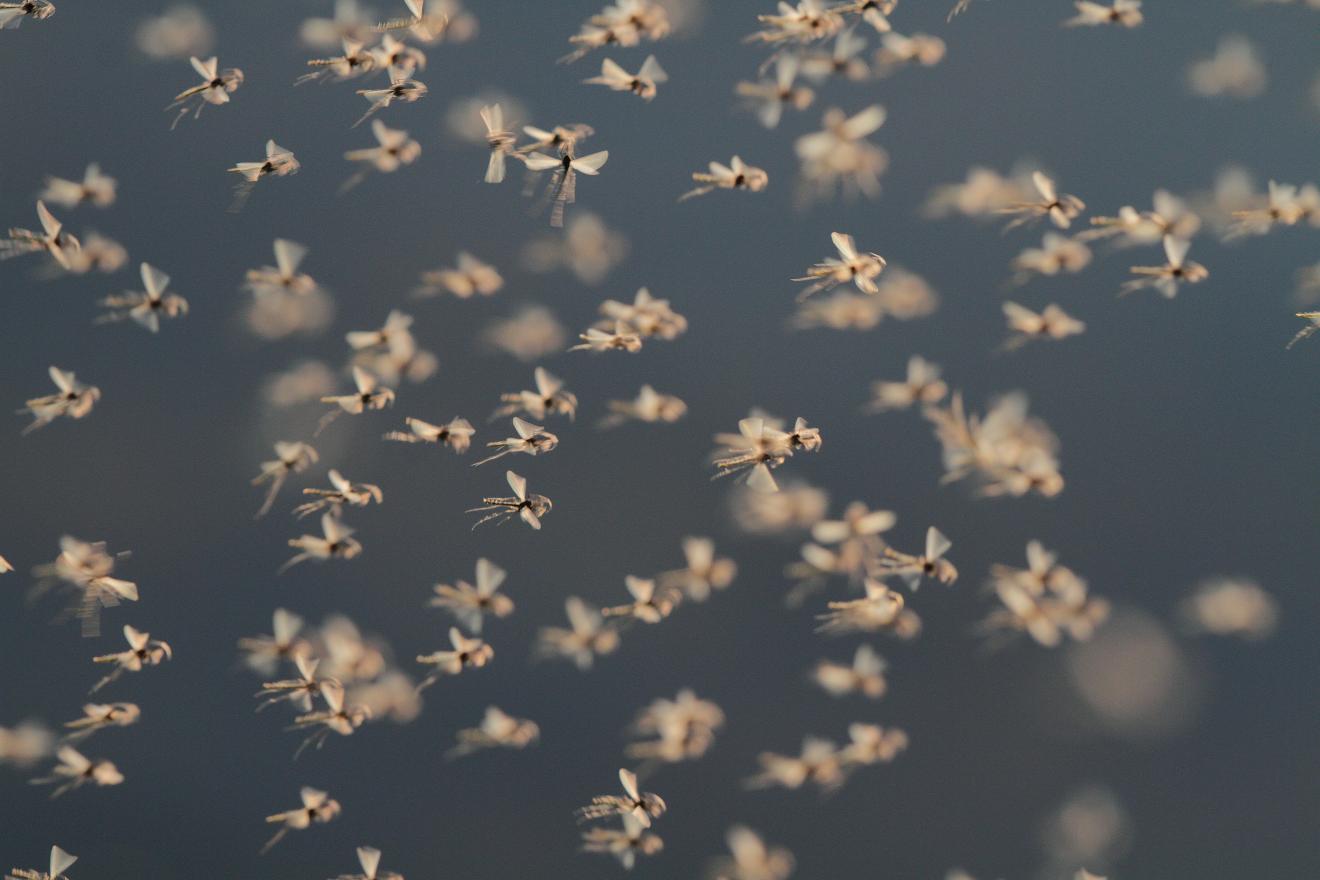 Selection on male body size is the result of four components of lifetime reproductive succes . 1. Daily mating success (how often do you get lucky). 2. Fecundity (number of offspring per mating). 3. Stamina (time remained within a situation of possible mating). 4. Longevity. It is commonly presumed that larger males are favoured by sexual selection and therefor have a greater contribution to the gene pool of future generations. However, if body size is a stable trait as we see in many animal species then advantages for large size in lifetime reproductive success must be balanced by advantages for shorter size. If not, body size would continue to increase indefinitely, and in most species it doesn’t. A 1992 paper by the University of Newcastle on the stabilising mechanisms in male body size of midges shows that one of the forces keeping them positively small is that small males have greater success at mating.

This is how it works: Aerial mating swarms of nonbiting male midges (Chironomus plumosus) form at dusk and attract females from the surrounding vegetation. Females fly into the dancing swarm and are grasped by a male. The pair then leaves the swarm and mates. Swarms vary greatly in size and an individual’s probability of mating is greatest in the smallest swarms since there is less competition. On the other hand, being part of a smaller swarm increases an individual’s risk of predation. You have a bigger chance to be eaten, but an even bigger chance to not be eaten and have sex. As it turns out, small males have developed a preference for participating in smaller swarms.

In the case of Chironomus plumosus only the first component of lifetime reproductive success, daily mating success, favours the small. However as we’ve seen in many other species, stamina (the red-eyed tree frog) and longevity (the supercentenarians) often also favour the small. And as far as people are concerned when it comes to fecundity, having less offspring, for the time being, sounds like a better idea anyway.