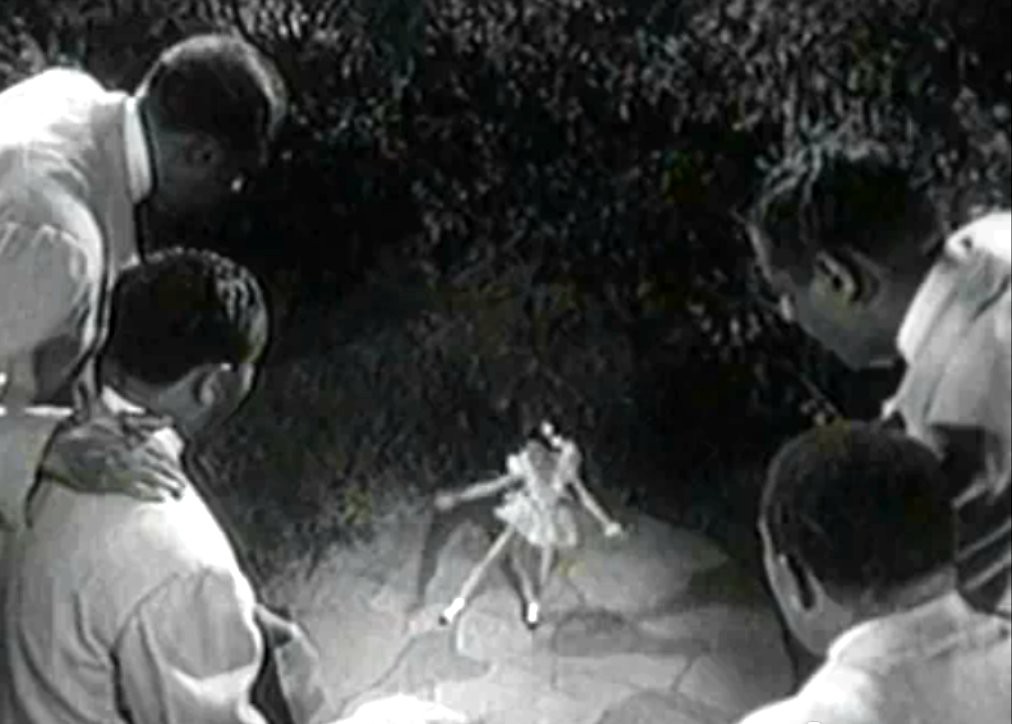 There’s something awkwardly cute about the videoclip by The Mills Brothers in which a man sings about his desire to “own a paper doll that he can call his own”. The representation of human desire through an idol, a sculpture, or even a puppet is as old as representation itself. It’s best personified in the mythic story of Pygmalion, a sculpturer who carved himself the perfect woman (Galathea) from ivory. His love becomes so strong that he wishes for her to come to life. In the myth, made famous by the Roman poet Ovid, the goddess Aphrodite grants him his wish and the statue becomes human. The same happens in the Mills Brothers clip, albeit from a newspaper cutting and with a considerable size difference. It reminds us that in the most plausible scenarios for shrinking the human species there will be a considerable timeframe when not everybody is small yet. New generations will be shorter then the older ones. During this transition phase man might have to guard against the workings of traditional size and sex hierarchies.

Size, desire, ownership and hierarchy. It’s a tricky list of ingredients that, if we are to shrink, nonetheless needs to be turned into a succesful dish.