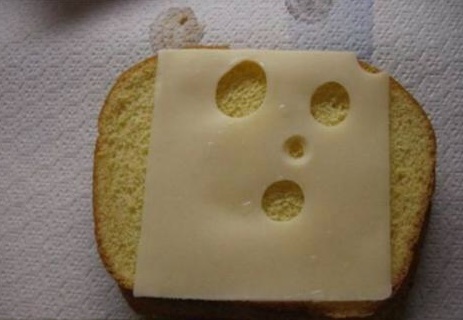 In the mid 19th century the Dutch were among the shortest people in Europe. 150 years later they are the tallest in the world. Perhaps not coincidentally this is precisely the period in which the Dutch consumption of cheese started its significant growth. Cheese contains large quantities of casein, a substance making up 80% of the proteins in cow milk. The food industry loves casein because it has interesting qualities, good binding properties, slow nutrient release, and an addicting nature, which makes casein the perfect agent for an increase in the consumption of … casein.

The addictive substance in casein is activated during digestion when casein is broken down into casomorphin, a weaker sibling of substances like opium and morphine, which give its user a feeling of euphoria. Scientific understanding of the biochemistry and pharmacology of casomorphins is incomplete but there are strong indications that it makes us crave for more. This is not only bad because of the obesity epidemic (and partly responsible for it), it’s especially harmful because casein stimulates the production of IGF-1, a primary mediator of the effects of growth hormone. If we’re serious about downsizing the human species we’ll have to kick our casein addiction.

One thought on “High on Cheese”