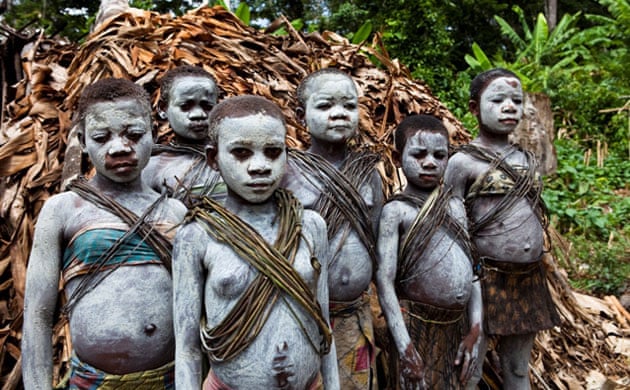 Pygmies’ short stature evolved to equip them for life in the jungle. But the exact driving force is the subject of scientific debate. It could have given them an evolutionary edge because smaller bodies are better suited to move through dense forest or because they are more able to dissipate heat. They also have significantly lowered nutritional requirements. Another possibility is that pygmies are evolutionarily programmed to stop growing right after puberty so that their body’s resources can be channeled into bearing offspring. And now there is evidence that perhaps pygmies’ small size is the result of an entirely different evolutionary adaptation, of which small size is just a side-effect.

A new study by the University of Pennsylvania studied single-nucleotide polymorphisms (SNPs) that might account for traits unique to pygmies. Some of the unique SNPs cluster in an area of chromosome 3 around genes that could be involved in height. One, CISH, shuts down the receptor to a key growth hormone. We reported before on the interesting ability of the pygmies’ endocrinological system to ignore growth hormone but what is new about this study is that it suggests this may not be the result of natural selection on height (with all of the above mentioned advantages) but because genes related to height might boost immunity for malaria and tuberculosis. “Our finding raises the intriguing possibility that short stature could be the result of better disease resistance—which is likely given the many microbes that pygmies are exposed to,” says geneticist and leading researcher Sarah Tishkoff.

We should not be surprised if the desire for shorter size will arrive as the indirect result of other desired genetic qualities such as longer life or immunity to certain diseases.