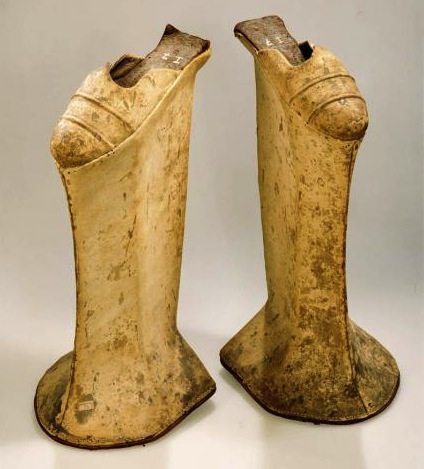 Tall Tales investigate signs, stories and tropes on how our obsession with tallness became so culturally embedded that we experience it as natural, normal and inevitable. One of the most accepted and visible products of our desire to be taller are high heels. Throughout history men, and women especially, have embraced the high heel as a tool for height related signification. As early as 500 BC actors in ancient Greece and Rome wore platform shoes to indicate varying social status or importance of characters. The higher status unsurprisingly was represented by the higher platform shoe. But the higher the shoe the less mobile and balanced the wearer became. Mimicking such desirability and vulnerability, female prostitutes in Rome wore high heels to be identified, shaping a paradox regarding issues of dominance and submission that is still relevant today.

Short-statured Catharina de Medici and Louis XIV of France turned the high heel into high fashion, reinforcing the classic association between tallness and status. A person with authority or wealth was often referred to as “well-heeled.” Yet the association between height and vulnerability was never far away.  The chopine, an outrageous form of platform shoe of up to 60cm high, had also become fashionable from the 1400’s onwards. Chopines, while symbols of status and making their wearers appear larger than life, often required women to walk with canes, rendering them almost completely helpless. The embrace of height in exchange for balance and stability is not unlike current society’s sacrifice of well-being to the desire to grow ever taller. As we grow we enter into an ever more unstable and in many ways ridiculous reality.