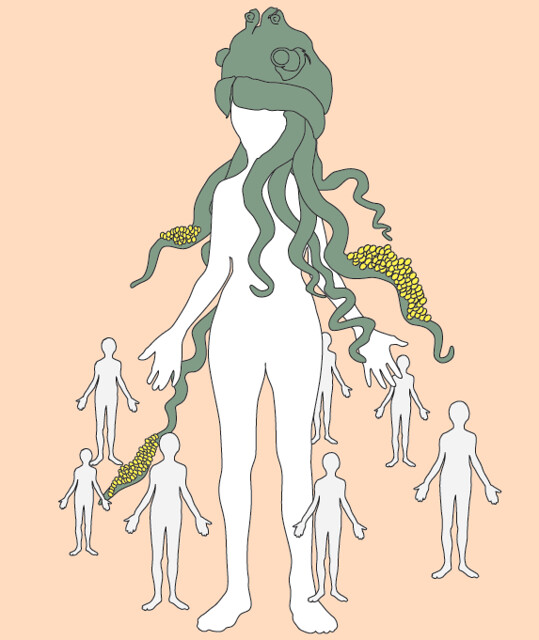 Bigger males, both human and animal, are generally more successful in attracting and being selected by females. But not in all species. The Incredible Shrinking Man seeks inspiration from those few species where females favour the small, like Idiosepius paradoxus, the Japanese Pygmy Squid.

The mating rituals of the Japanese pygmy squid include neither pleasant courtship nor aggressive behaviour. Males copulate freely with females and several males attach a capsule containing sperm to the base of the female’s arms. However, females will often remove the spermatangia. Females will stretch out their buccal mass (mouth and pharynx) to search for the spermatangia at the base of the arms. Once picking up these spermatangia with their beaks, females will either eat them or blow them away. Either way, what is most interesting is that in the female has a strong preference for the sperm of smaller males. It’s probably what keeps pygmy-squid pygmy-sized. Although not easily translatable towards a human context it is interesting to note that the small males are also the ones who make the least fuzz and get the job done the quickest. We’ll leave it up to those involved to determine if these are in fact qualities.