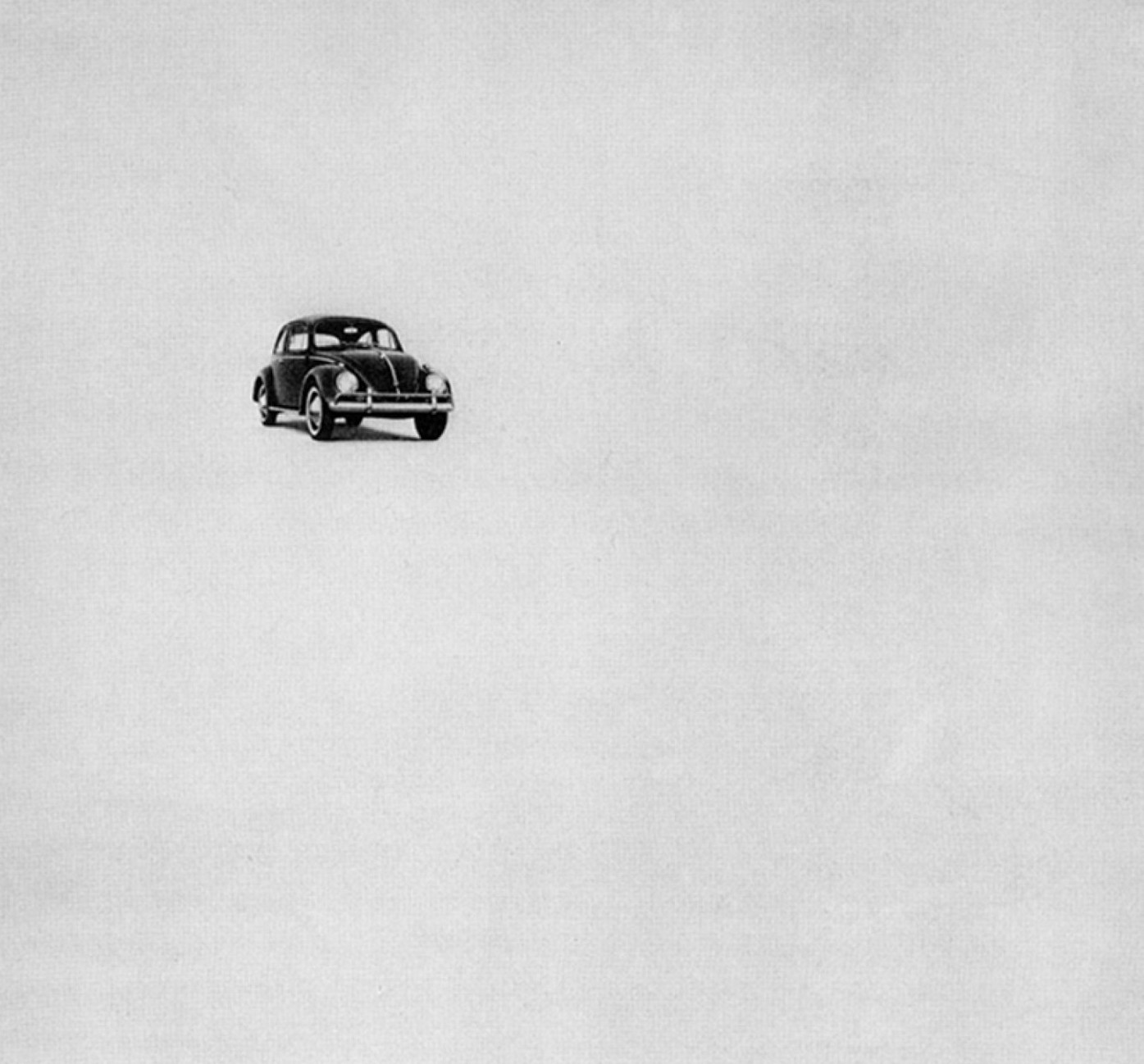 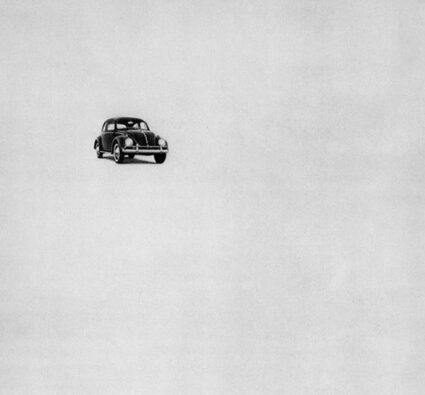 In the 1950’s, U.S. industry had firmly embraced the ideology of planned obsolescence and obsolesence of desirability to convince consumers they constantly needed to buy something new. Competing auto makers were building ever bigger and more stylised cars for growing families with baby boomer children. In this competitive climate Volkswagen introduced the relatively small and counter-fashionable VW Beetle. In 1960 they hired the Doyle Dane Bernbach ad agency to create a campaign that now is considered to be one of the most influential marketing campaigns of the 20th century. The Beetle ads stood out because of their simplicity, their conceptual approach and no-nonsense messaging. One famous print add featured a small picture of the car with the headline “Think small”, and listed the advantages of owning a small car versus owning a big car. This unique focus on smallness and simplicity in an automobile advertisement contradicted the traditional association of automobiles with luxury and status.

Another ad, “’51 ’52 ’53 ’54 ’55 ’56 ’57 ’58 ’59 ’60 ’61 Volkswagen“, showed how the car’s appearance hadn’t changed over the years. The ad reads: “If you had to decide between a car that went out of style every year or two, and a car that never did, which would it be?” The message created a sense of relief from the pressure to always have the latest. It tapped into a disconnect that the public, especially the young, was feeling as a result of being pressured to buy and consume. Those born after the Second World War saw their parents encouraged to buy and consume their way to happiness and they rejected this (to a large degree). The “Think Small” campaign was created just as this voice was starting to make its presence heard – it would be heard loudly throughout the sixties and seventies. The Volkswagen Beetle and its embodiment of simplicity and smallness became an integral part of the counter culture in America and Europe. But it also became a way to buy into another ideology. The car that presented itself as the antidote to conspicuous consumption was itself the badge product for those who fancied themselves a cut above, or at least invulnerable to, the tacky blandishments of the hidden persuaders. Paradoxically “Think small” was thinking quite big, actually, for what Volkswagen sold was nothing more lofty than conspicuously inconspicuous consumption, reconnecting the momentarily disconnected firmly back to the ideology of consuming yourself towards a ‘better’ future. And despite all its simplicity, that simply won’t do.