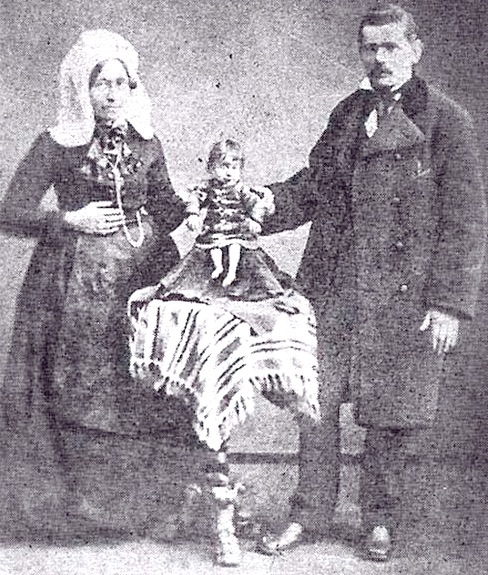 The Dutch are among the tallest people in the world yet the smallest girl that ever lived was from the Netherlands. Johanna Paulina Musters’ extremely small stature, she was only 58 centimeters, her talent for acrobatics, singing and dancing, and the ability to speak several languages, quickly made her rise to international fame as a sideshow entertainer. Her last tour took her to New York where she performed in the famous Proctor’s Theater on Broadway. Tragically, soon after her arrival, she died of pneumonia.

Immediately after Paulina’s death her family denied a macabre cash offer of 30.000 dollars for her body and transported her back to The Netherlands where she was burried in her home village Ossendrecht. She was dressed like a fairy tale princess in a light blue gown wearing a little golden crown encrusteed with diamonds. Paulina’s body rested in 3 coffins, one made of bronze, one in glass and one in oak, that fit into one another. The funeral atracted so many people that according to a local newspaper it seemed like a procession. Her personal belongings were described as relics, some of which can still be admired in the local museum, like her shoes, clothes and even a wax model of her tiny hands.

The intriguing relationship between religious cult and small size was touched upon before in the worship of a tribe of dwarfs in the Atlas mountains. Perhaps exeptional size creates a vacuum of understanding that by some is translated into a religious understanding. Paulina’s relics bring us closer to something subliminal, something divine.