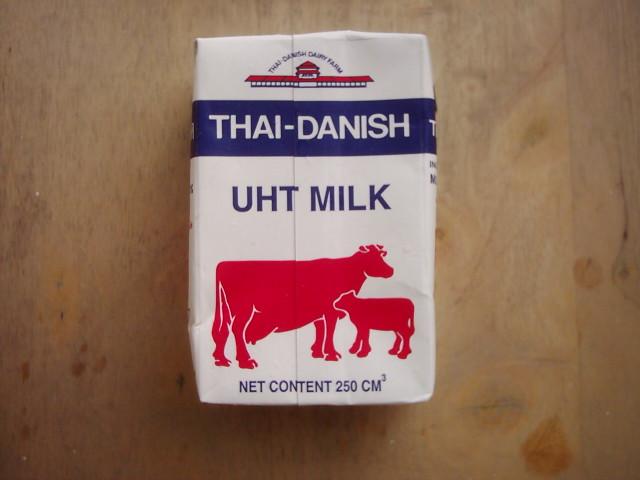 On the occasion of the United Nations Food and Agriculture Organisation’s World Milk Day the Thai Ministry of Health’s director-general Jedsada Chokdamrongsuk revealed an ill conceived plan to boost Thai’s youth milk consumption from 14 to 60 litres per year. The reason for this? To  increase the average Thai male height from 167cm to 175cm and increase the average lifespan to 80 years. That’s an increase in height of 4,7%. Unfortunately such an increase in height also represents an increased weight of 15,8% (1,05 x 1,05 x 1,05), and therefor a similar increased need in calories, water, fuel to transport oneself etc. In the light of global overconsumption such a policy seems irresponsible to say the least, especially as no clear reason is given as to why such an increase in height is desirable. The government in fact also intends to increase women’s height, but for some reason they only need to grow by 2,9%.

The statement also displays a common misconception about the relationship between height and health. Although it is true that people with high living standards are taller, it is not true that tallness itself is healthy. Taller people have a significantly higher risk of cancer and other serious illnesses and their bodies wear out faster because of the increased pressure on limbs, organs and bones. In fact every 1 cm above average height takes about 6 months of your life expectancy. The other misconception is that milk is healthy. It is not, necessarily. Regarding the context in which these remarks were made there’s a probability that this is more about pushing the product than a genuine concern about health. We shouldn’t forget that the dairy industry is very large and has a lot of political leverage but has yet to conquer large parts of the Asian market. Health minister Jessada added some last-minute advice to boost milk consumption in lactose intolerant Asia: “Those with stomach problems after drinking milk should start with small amounts and slowly increase the intake to let the body adjust.”

One thought on “Force-Feeding Milk”